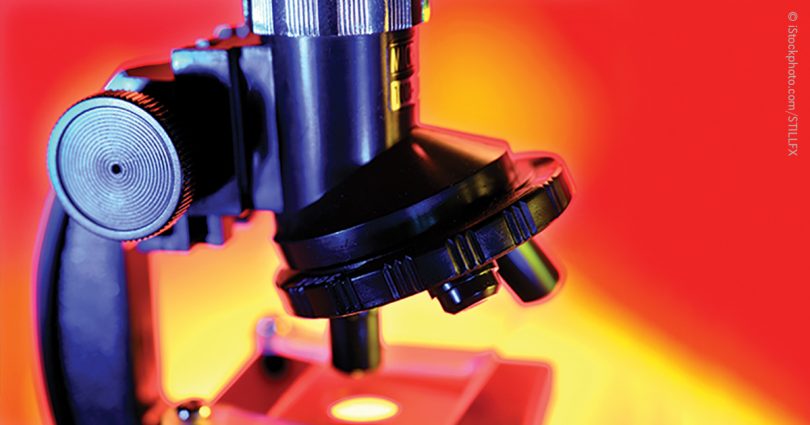 “We should approve ‘three-parent’ embryos,” Alex Berezow, editor of RealClearScience (a science news website), wrote last July 29, after the United Kingdom’s government moved toward support for a new in vitro fertilization technique. Mitochondrial replacement involves extracting the nucleus from a healthy donor egg and replacing it with the nucleus from a second egg, before fertilization and implantation. Proponents hope it will prevent certain mitochondrial diseases from being passed on from mother to child.

“No, society should not allow ‘3-parent’ IVF,’” responded Wesley J. Smith over at National Review Online, on the same day. Smith, who is an attorney, author, and senior fellow at the Discovery Institute’s Center on Human Exceptionalism, went on to address three points of ethical contention that Berezow had mentioned, but glossed over as if they were trivial. For example, Berezow had conceded that “the safety of the procedure is unknown,” but said this was an acceptable risk. “Excuse me?” wrote Smith, “So, even though we don’t know about the safety, we should go where parents have never gone before? No. . . . Allowing the manufacture of three-parent children when safety concerns remain insufficiently explored would be blatant human experimentation” [emphasis in original].

One return salvo from the science camp was little more than a temper tantrum. “Wesley J. Smith,” wrote Hank Campbell, founder of Science 2.0 (a science blog) last August 1, is a “quasi-philosophical lawyer” and “an anti-science fearmonger” taking up the charge against science “yet again.” He is masking “his anti-science agenda under the guise of ethics.” He “is not writing about IVF to promote conservatism or ethics, he is writing about it to promote fear and doubt about science that helps a lot of families.”

Unless you’ve spent time hanging around the rarefied halls of academia, you might file this under “Things That Make You Say, ‘Huh?’” A man voices opposition to reckless human experimentation on ethical grounds, and the science guy spews forth a stream of emotive invective laced with ad hominem attacks. Raise a question about the proper use of an applied science, and you don’t have a legitimate avenue of discussion. You are anti-science.But are you?

Science is a product of Christendom

The word science derives from the Latin word scientia, which means “knowledge.” In The Soul of Science: Christian Faith and Natural Philosophy (1994), Nancy R. Pearcey and Charles B. Thaxton demonstrate that the modern academic sciences grew out of Christendom. This was not a matter of chance. Many of the fathers of the scientific revolution, including Isaac Newton, Galileo Galilei, Johannes Kepler, and Nicolaus Copernicus, were religious men. They believed that the universe would be orderly and discernible to the human mind because it was created by a rational God. “The chief aim of all investigations of the external world should be to discover the rational order and harmony which has been imposed on it by God,” wrote Kepler. The pursuit of knowledge about creation was, for them, a way of glorifying the Creator.

The idea of a conflict between science and religion didn’t arise until centuries later. Historians of science trace it to two aggressive academics in the late 1800s (John William Draper and Andrew Dickson White) who, not unlike Berezow and Campbell, wanted religion and its pesky notions of metaphysical realities out of the way. The truth is, the Judeo-Christian religious traditions have never been “anti-science.” On the contrary, they were the seedbed of science.

In relatively recent times, however, science has been co-opted by people indifferent or hostile to an ethic of life, resulting in an increasingly hostile environment for human flourishing. Consider the following examples:

POPULATION CONTROL—The initial push for repealing abortion bans in the US came not from feminists but from the population control movement, which, in turn, was little more than the rebranded “science” of eugenics—eugenics having gone out of favor upon the discovery of Nazi death camps.

ENVIRONMENTALISM—After its success in repealing abortion bans, the population control movement shifted its claim to scientific legitimacy by merging with the environmental movement. In the encyclopedia-lengthEcoscience: Population, Resources, Environment (1978), ecologist John Holdren teamed up with population alarmist Paul Ehrlich to recommend forced abortions and sterilizations for the greater good of the planet. Today, Holdren holds the esteemed position of “science czar” for the Obama administration. Meanwhile, the movement continues strong, though increasingly under a new banner: “sustainable development.”

PSYCHIATRY—In 1965, psychiatrist/abortion activist Harold Rosen wrote a 34-page essay entitled “Psychiatric Implications of Abortion: A Case Study in Social Hypocrisy” (Western Reserve Law Review). According to Clarke D. Forsythe (Abuse of Discretion: The Inside Story of Roe v. Wade, 2013), 31 pages were “a stream of political consciousness rather than a careful review of data. . . . [Rosen] admitted that . . . suicide for pregnant women is extremely rare.” And Rosen revealed, “[Psychiatric indications] are the ones stressed on certificates forwarded by physicians to hospital abortion boards. Nevertheless, in most cases, these are mere rationalizations.”

Despite its doubtful medical credibility, this essay was cited in three Roe-related briefs, to support the claim that abortion incurs no psychological risk—a claim still made by much of the mental health establishment, despite abundant clinical and anecdotal evidence to the contrary.

OBSTETRICS—In 1965, the American College of Obstetricians and Gynecologists arbitrarily revised the point marking the beginning of pregnancy, from the historically accepted and scientifically accurate “moment of fertilization” to the “time of implantation,” obscuring the distinction between a contraceptive, which prevents fertilization from occurring, and an abortifacient, which ends a pregnancy by making the uterus a hostile environment for the embryo (see also the article by Rita Diller in this issue).

PUBLIC HEALTH—In April 1961, physician/abortion activist Christopher Tietze reported in the Journal of the American Medical Association that death rates from decriminalized abortion in Eastern Europe were lower than death rates from all complications during pregnancy, childbirth, and the first six weeks postpartum in the US and other advanced countries. This claim was, at best, questionable. But thenceforth, pro-abortion attorneys began asserting that “abortion is safer than childbirth.” The claim became a mantra, and despite the lack of evidentiary support, went unquestioned in the 1973 Roe and Doe Supreme Court arguments.

HEALTH CARE LAW—In August 2011, the Department of Health and Human Services adopted the recommendations of an Institute of Medicine report (Clinical Preventive Services for Women: Closing the Gaps, July 2011) alleging that America faced a crisis of unintended pregnancy. The IOM therefore recommended that employers provide, free of charge, the “full range of Food and Drug Administration-approved contraceptive methods, sterilization procedures, and patient education and counseling.” This IOM report was the source of Health and Human Services’ odious and litigiously nuclear “contraception mandate” issued in February 2012.

In a February 5, 2013, Public Discourse article, Helen Alvaré, a George Mason University law professor who has meticulously analyzed the IOM report, described it as “bad science” and concluded that American social history directly contradicts the report’s central tenet: “It is the women who have been receiving free birth control for decades, who are the most likely today to experience unintended pregnancies, non-marital pregnancies, and abortions” [emphasis in original].

EMBRYOLOGY—Human embryology textbooks have taught, for over a century, that a human being’s life begins at fertilization (in sexual reproduction). But embryologist C. Ward Kischer, PhD, points out that the science of human embryology “has been parsed and perverted, revised and redefined, changed and corrupted” (“The Corruption of the Science of Human Embryology,” American Bioethics Advisory Commission Quarterly, Fall 2002, available onwww.all.org). Since then, the Supreme Court, Congress, and several federal bioethics panels have completely avoided any reference or appeal to embryology. And, he noted, the media have done likewise.

Actually, it’s worse than that. Terms have been redefined, shifting the very ground on which good-faith debate rests. In a 1979 Scientific American article (“External Human Fertilization”), amphibian embryologist Clifford Grobstein introduced the term “pre-embryo” for use in public policy discussions regarding assisted reproductive technology. “Pre-embryo” is widely rejected by embryologists, and according to Dr. Kischer (“The Big Lie In Human Embryology: The Case of the Pre-Embryo,” www.LifeIssues.net, 2004), “It has subsequently been . . . used for the justification for discarding human embryos in abortion procedures, their use in fetal tissue research, and human embryo research.”

Polish medical ethicist Zbigniew Szawarski later adopted “pre-embryo” for use in Europe, explaining that “the language of science … gradually evolves following the growth of knowledge.” But does it really?

What is going on here is not a matter of science using evolving language, but an evolving understanding of science itself. Christian apologist C.S. Lewis warned of this. John G. West, associate director of the Discovery Institute’s Center for Science and Culture, points out in The Magician’s Twin: C.S. Lewis on Science, Scientism, and Society (2012), “Lewis spent World War II writing not about the dangers of Nazism or communism (even though he detested both), but about the dangers of scientism and its efforts to abolish man.”

Scientism is the belief that science is the sole means of acquiring knowledge. Scientism is a philosophy, or if you will, a faith. In Campbell’s Science 2.0 reaction to Smith, there was no argument, and no appeal to facts, logic, or evidence—the language of science. It was all emotion. Berezow’s piece at RealClearScience was more pleasant in tone, but only because it was the optimistic face of scientism—a sunny hope for science to solve humanity’s ills. Both bore the marks of faith more than empirical science.

Scientism has a corollary, West continues, which holds “that scientists have the right to dictate a society’s morals, religious beliefs, and even government policies merely because of their scientific expertise.” Lewis warned of this also. He called it “scientocracy”—an apt descriptor for societal rule by an elite group claiming to speak in the name of science.

Traditional religion and philosophy, however, have always maintained that there are other ways of knowing, in addition to the empirical sciences. One of these is conscience, which literally means “knowledge together with.” Note that science is embedded in this word. When Smith objected to human experimentation on moral grounds, he was appealing to conscience—the inner witness to moral right and wrong given us by our Creator Who is Himself the author and source of moral law.

The empirical sciences don’t speak to principles of right and wrong. Those must be supplied by the human practitioners of science, or short of that, people of conscience with the moral clarity and will to hold them accountable. The conflict between Smith and Berezow, then, was not a case of anti-science versus science, but of science informed by conscience and directed for human good versus science barreling on, ignorant of good and evil. That kind of science was to novelist Mary Shelley, Frankenstein; to Lewis, The Abolition of Man; and to Jews in Nazi Germany, the death camps of Buchenwald and Auschwitz.

Scientism is a form of intellectual imperialism. Science historian Richard G. Olson, quoted in West’s book, calls it “science deified.” People of faith can be guardians of authentic science by recognizing the imperialistic faith of scientism for what it is and separating it from authentic science. Reading The Magician’s Twin or anything by Wesley J. Smith would be a good place to start. Like any idol, scientism will eventually fail its worshippers. Only people of conscience can stand in the gap to avert the disaster.