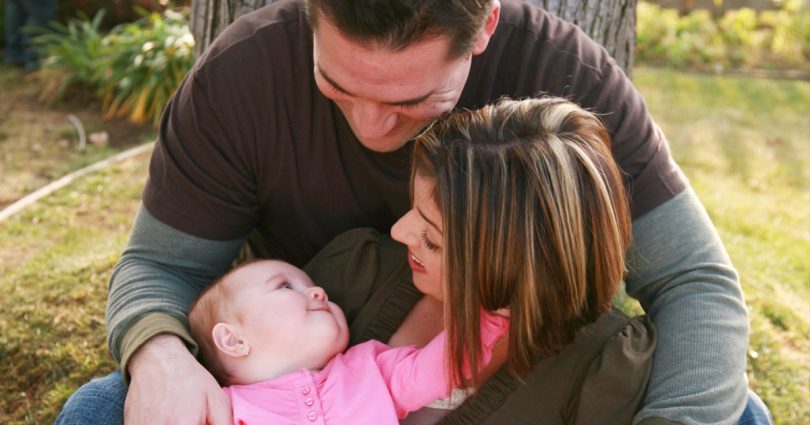 Millions of couples desire children but are heartbroken because they struggle with infertility. These days, in vitro fertilization is all the rage and many couples resort to it. However, there is a natural and ethical way to overcome infertility but it is a little-known blessing.

The Catholic Church objects to in vitro fertilization because it replaces the natural and supernatural act of procreation with an undignified process in a laboratory. During IVF, men and women in white coats seem to take over the functions of God Himself. One of my colleagues, a good friend and a conscientious doctor whom I think had good intentions, said to me, “I can create human life.” Hence, the dignified and joyful matrimonial act is forsaken and, furthermore, numerous children are created by people who have no intentions of letting them live.

Most couples entering into the in vitro fertilization process probably don’t realize the potential nightmares.

First, there are many statistics assessing fertility programs, but most are skewed. One of my former medical school professors developed a new fertility statistic which he called the “Take Home Baby Rate.” It is the number of babies that the patient takes home per IVF cycle. Thus, if 10 patients had three embryos implanted each and nine patients did not get pregnant, but one patient had triplets, it amounts to a Take Home Baby Rate of 30 percent. When this statistical method first came out, many physicians laughed at how it would greatly inflate the claimed effectiveness of artificial programs, but for that very reason it became widely used. However, three live births out of 30 embryos is a 90 percent miscarriage rate and nothing to brag about.

One group in California ran a very busy IVF program. This group took fertilized eggs from couples whose IVF treatments were successful and traded them with eggs from couples whose previous IVFs were unsuccessful, without knowledge or consent from either couple. It caused an increase in the success rates of the fertility program and word leaked out to the newspapers, but people continue going for IVF treatments nonetheless.

For example a couple called me after the woman became pregnant. Beforehand, they had signed a form promising that if they had more than twins they would allow the termination of the extra babies. In this case, she had quadruplets. I told her that such a promise was not enforce able and that she would most likely deliver four relatively healthy babies at about 30 weeks. But she indicated that her husband was urging her to comply with “multifetal pregnancy reduction.” Sadly, she allowed two of the babies to be killed. She still delivered at 30 weeks, except there were only two babies.

In another case, a couple came to me after IVF treatments by a well-known fertility doctor. The husband already had several children, but the wife had none. They tried several IVF cycles, all of which failed. Knowing that the husband had fathered several children, the doctor asked him if he would be willing to supply sperm for another woman who wished to conceive. The husband agreed and the other woman conceived. When the man’s wife found out she was very upset, accurately calling the transaction “doctor-assisted adultery.”

Perhaps these incidences are aberrations, but I know of many more. When I reviewed an operative report on one of my patients, I had to wonder about the ethics of IVF clinicians. This Catholic patient had previously been to another fertility doctor and made it clear to him that she did not want any procedures that were contrary to the teachings of the Church. During the course of laparoscopic surgery, the doctor had implanted an embryo in the woman’s womb. I was astonished to see that he did something expressly against his patient’s wishes and even dictated it in his report. She lost the child and was completely unaware of her doctor’s misdeed until I discovered it in her medical records.

Another woman who came to my attention underwent IVF and subsequently delivered triplets. Afterwards she was shocked to find out that she had 24 more embryos in a laboratory freezer and exclaimed, “I can’t have 24 more children!” In good faith, she made efforts to find infertile couples who could adopt these embryos. They were implanted into several women, but none survived. After offering to adopt the embryos, the couples who had received them were angry and claimed it was unfair that the woman with triplets had received the good embryos and left the “crummy embryos” for the other women. Fact is, when embryos are created by IVF clinics they are graded and the best ones are implanted first. So although the woman did have the children she had dreamed of, the entire incident was traumatic for every couple involved.

Many people have misgivings about the hundreds of thousands of “surplus embryos” that have been left in freezers. One of my colleagues was discussing this with a fertility doctor and asked what they do with the embryos. The fertility doctor explained that the embryos are “just left out” of the freezer and my friend asked, “Isn’t that going to kill them?” The doctor said, “I just leave the embryos out. God makes them evaporate.” My colleague was shocked at the other doctor’s disregard for the humanity of the embryos.

Natural procreative technology (NaPro or NPT) works within the moral framework of respecting human life and God’s role as the giver of it. NPT works to restore a couple’s natural fertility, rather than artificially creating embryos in a Petri dish. I learned NPT while working at the Pope Paul VI Institute in Omaha, Nebraska, which was founded by Dr. Thomas Hilgers. Physicians can train there to help couples all over the world.

During a couple’s first visit with me, I begin with taking a thorough history and conducting physical exams. I also advise the couple that they should pray together daily because asking God’s favor on their attempts to have a child is a good place to start. In addition, I recommend that they chart the woman’s reproductive cycle with natural family planning. This casts light on the intricacies of the woman’s condition and reveals many clues that can help improve fertility.

Of course, I want my patients to avoid miscarriage and deliver a healthy baby. Thus, my next step for infertile couples is to assess them for any toxins and nutritional deficiencies. Infertile couples are at a higher risk of such problems, which can cause birth defects, miscarriage, third-trimester problems and affect long-term brain development of a baby. These issues should be addressed first; otherwise the couple may achieve pregnancy and then have a miscarriage or an unhealthy child.

After the couple begins charting the cycles, they need to be alert to certain signs in the charts that may indicate a risk for miscarriage and if such problems exist, they need to be corrected. Also, the natural family planning chart is one of the best ways to learn certain aspects of fertility.

Many couples have achieved pregnancy shortly after coming to understand when they are fertile. For example, some couples have only a single day of fertility per month and, in that case, they need to know exactly when that day is so they can renew their marriage covenant in a timely manner.

Next, the husband needs to be evaluated. Some men have genetic disorders that will prevent them from impregnating their wives and they should be counseled to adopt. Other husbands need surgical procedures, but the vast majority of men have conditions which are not hopeless but can be helped by improving their health and nutrition. Furthermore, particular drugs impair male fertility and need to be avoided or replaced with other medications.

Then the anatomical integrity of the female reproductive tract needs to be assessed. Some conditions can be treated and/or cured with surgery, whereas IVF attempts would not treat the causes of infertility.

After problems have been assessed and addressed, regular follow-up is required to maximize fertility and minimize miscarriage. Couples might not achieve pregnancy until six months or even a year after an operation. The woman’s health has to be maintained closely so as to not steal defeat from the jaws of victory. This constant follow up is, I think, one of the special benefits and strengths of natural technology and there is data which suggests that this is one of its advantages over conventional infertility treatment.

Natural procreative technology helps physicians advance their understanding of treating fertility problems by offering a successful alternative to the moral pitfalls and nightmares of artificial methods. Couples who have the faith to keep trying are more likely to succeed and NPT may very well be the remedy

There are many NaPro Technology success stories among my patients.

In one couple suffering infertility, both the husband and wife had nutritional problems. Shortly after we corrected those problems, they conceived and she delivered a healthy baby at term. They also conceived the next baby without delay and she delivered him at term as well.

One woman had difficulty with ovulation and infertility for a long time, so I treated her with surgery removing internal cysts. Immediately thereafter, she noted improvements in her fertility signs and, about six months later, she got pregnant then subsequently delivered a healthy baby at term.

Another woman had ovulatory irregularities, so I prescribed Clomid and she conceived. She had twins that were born at term. They are healthy, well-developed and intelligent.

On yet another patient I performed laproscopic removal of endrometreosis and she delivered a healthy child within the year.

On still another woman I removed scar tissue from her ovaries because it was preventing conception. A few months later, she became pregnant and then delivered a healthy baby at term.

One faithful Catholic patient was infertile for 19 years and had been told that her chances with IVF were slim, but without it they were nil. Nevertheless, I opened her blocked fallopian tubes and she delivered a healthy baby 10 months later while she was in her early forties.