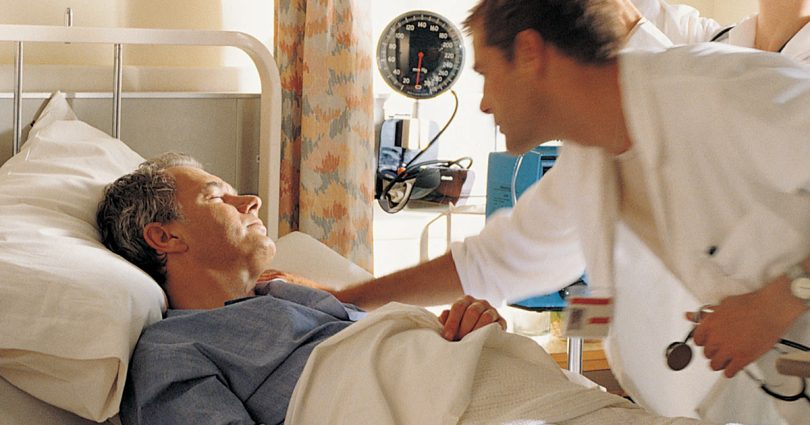 You’ve probably heard a lot of publicity for organ donor programs that urge us to give “the gift of life.” However, only organs from living donors are suitable for transplantation. Therefore, organs are only taken from living persons.

In 1967, the first heart transplant was done in South Africa. At that time, heart transplants could not be done in the United States because heart donors would have to be killed. Hence, the Ad Hoc Committee of Harvard Medical School was appointed and it contrived “brain death” in its article “A Definition of Irreversible Coma,” which was published in the August 5, 1968 Journal of the American Medical Association. Thus, “coma” was translated into “brain death.”

In 1970, Kansas was the first state to make the supposed cessation of brain function “legal death” so that organs could be transplanted. Now it is called “death by brain death” or DBD; yet “brain death” is not true death.

Every set of criteria for “brain death” includes an apnea test. This test is done without the knowledge or consent of a patient’s family. During an apnea test, a patient in critical condition is removed from his life supporting ventilator to see if he can breathe on his own. If he cannot, the apnea test amounts to choking or strangling the living person.

More recently, those seeking organs from a patient who still has obvious brain activity obtain a do-not-resuscitate order or DNR to stop the patient’s life support. When the patient is without a pulse for two to five minutes—but the heart is still beating—the organs are taken and this is called death by cardiac death or DCD.

The U.S. government has been deeply involved in promoting vital organ transplantation. A 1998 federal mandate states that physicians, nurses, chaplains and other healthcare workers may not speak to the family of a potential organ donor without first obtaining approval from the regional organ retrieval system. Only a “designated requester” is allowed to approach distraught families and sell the concept of organ donation with emotionally-laden phrases such as “your loved one’s heart will live on in someone else” and other similar platitudes all because the organ donation and transplant industry is a multibillion dollar enterprise.

Thirty-five of the United States have already passed laws declaring presumption that patients would donate their organs.

Four hours after an accident, 21-year-old Zack Dunlap was declared “brain-dead” in a Texas hospital. As medical pros were preparing to remove his organs, his cousin, a nurse, scraped Dunlap’s foot and beneath a fingernail, whereupon Dunlap moved. On March 24, Dunlap told the Today Show that he remembered hearing the doctors pronounce him dead twice and said, “I’m glad I couldn’t get up and do what I wanted to do.” Yet this is not an isolated case. Young persons aged 16-25 are the primary targets for organ extraction, so there is often a rush to pronounce them “brain-dead.”

Grief-stricken survivors of organ donors have formed their own organization, the Life Guardian Foundation of Vancouver, Washington to educate the public so that no one else will fall prey to the same torment. After all, the victims are not even given anesthesia.

Unless you execute a medical directive to preserve your life and take no organs, you are subject to physical dissection for transplantation, therapy, research or education—and your family has no legal right to know what will or did become of your organs.

Everyone should take the following precautions. Do not sign up or consent to be an organ donor. Inform family and friends of your intentions to live until your natural end. Carry life support directions with you at all times. Get a mini tape recorder and if you are called to a hospital for the sake of a family member, record conversations with medical staff.

The “wallet card” below can be carried with you at all times. For further protection, we also recommend American Life League’s Loving Will (call 540-659-4171)

Upon admission to a hospital, contact a Roman Catholic priest because I wish to live the lifespan given to me by God. I direct my treatments and care, including nutrition and hydration however administered, be given to protect and preserve my life. Do not hasten my death. Do not do an apnea test. Do not take any vital organ for transplantation or any other purpose.

If I am unconscious, seriously ill, injured or unable to communicate, contact a Roman Catholic priest from my church or the Catholic church nearest to the hospital. My preferred contact follows.

Everyone should sign and date these life support directions along with two witnesses. The issues are the same no matter what your religion is. This model is for Catholics, but persons of other religions may indicate their religious preferences.

Dr. Paul Byrne is former president of the Catholic Medical Association. He writes from Ohio, where he is a neonatologist. He has been published extensively in medical, legal and lay media.