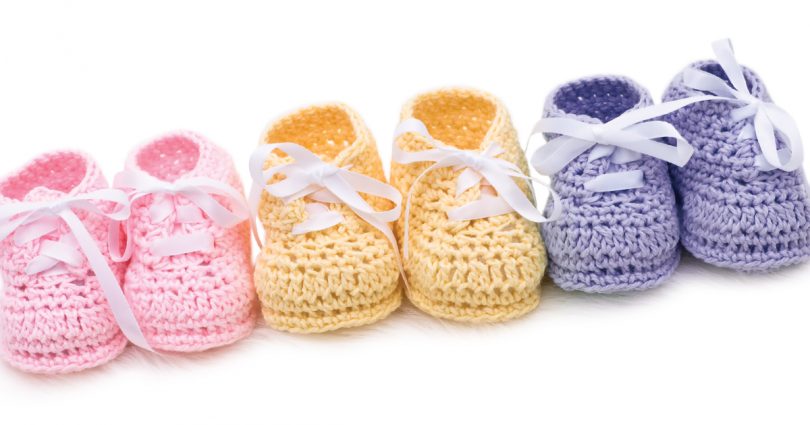 In 1973, at age 33, I was happily married and had three young children, but we wanted to wait a while before trying for another baby. So, I went to my obstetrician-gynecologist for help in postponing pregnancy, and he “helped” me by inserting an intrauterine device. He did not explain to me that the IUD’s sole purpose is to prevent the embryonic baby from implanting in the womb and that the IUD almost always causes the death of a developing boy or girl through early abortion (see sidebar). What is actually a very early abortion induced by contraceptives is often mistaken for a late and/or heavy menstrual period. Without the mother’s knowledge, often the preborn child has died and is passing silently out of the mother’s birth canal.

Not long after that, I had heavy bleeding during two consecutive menstrual cycles. Then there was the time when my period was weeks late and the doctor confirmed that I was pregnant. He said the baby would be fine and would be born with the IUD in her hand! I was so ignorant about a preborn baby’s development and how the IUD works that I did not realize what a ridiculous statement that was. I believe this was my third pregnancy while using the IUD. I carried her for eight weeks until she, too, died. The doctor then had to use the dilation and curettage procedure (D&C) to remove her. The loss of this baby greatly saddened me, but I had yet to learn the full extent of my loss—and what had caused it.

In 1984, when President Ronald Reagan was running for his second term, pro-life activists educated me on the abortifacient action of many contraceptives. When I realized what I had done, I was inconsolable. (See Celebrate Life’s review of The Contraception of Grief by Theresa Burke, Ph.D., Jan.-Feb. 2009.)

My lack of knowledge had resulted in my choice of a contraceptive death sentence for my three preborn children. Because I used an IUD, two of my babies were unable to implant themselves and starved to death inside my womb, and the third died from spontaneous abortion after implantation. I subsequently endured over 33 years of intense pain, guilt and sorrow. Their conception was not prevented. Their lives were taken.

I also began reading about post-abortion trauma, listening to Catholic radio and working at a pregnancy clinic. And I talked and cried about my experience with anyone who would listen. Finally, I was told in the confessional, “Get over it.” This was terrible advice; I had lost these three babies forever and could never just forget them! I needed a safe place to grieve.

The weekend that changed my life

In 2006, at 66 years of age, I finally found that safe place. I got the help I needed and felt fully forgiven at a weekend post-abortion healing retreat sponsored by Project Rachel. It was a healing, merciful and powerful experience for me.

The best advice I received was to stop blaming my contraceptive abortions on others and instead concentrate on getting to know my babies. The other retreatants, the counselors, the psychotherapist and the priest confirmed that my lost babies are real and helped me get to know them. I named them Suzanne Clara, Mary Beth and Frances Marialyn. I pictured my girls with Jesus, and wrote them a letter expressing my love for them and my regret for things I cannot change. I accepted forgiveness and found renewed hope for the future. Finally, I knew my babies were not lost. I now know them as my own children, whom I love and honor by acknowledging their existence.

I now want to help others avoid my mistakes. Do not be a part of our culture of death. Many doctors, Planned Parenthood and other agents of the culture of death have lied to us. We must learn the facts about human reproduction and the preborn child’s development. The birth control pill (see sidebar) and the IUD often do not prevent pregnancy. They can kill a preborn child as surely as a surgical abortion does.

A pregnant woman is not a “mother to be”; she is a mother when her child is conceived. Fathers, grandparents and siblings are not “to be”; they are fathers, grandparents and siblings as soon as the child is conceived. Science has proven what we instinctively have always known: A baby is a baby, and his or her life begins at its biological beginning. (Click here for a scientifically accurate and easy-to-understand explanation of when a human being’s life begins.) Doubts about such matters only arise when there is an agenda to depersonalize the developing human being.

My testimony is available on the Silent No More Awareness web site, and I am willing to share my story with anyone who is willing to listen.
Knowledge. What a blessing! Now that I have received healing, I will be silent no more.

Marilyn Frances Prouty, of Sacramento, California, is retired from her career as bookkeeper for an equine veterinarian practice. She is a now a great-grandmother and the author of Lovely and the Royal Family: Learning to Love (2010), a children’s fairy tale about a prince and triplet princesses. It has pro-life and pro-family themes, and is dedicated to Marilyn’s three lost daughters. For more information, see WestBowPress.com or call 866-928-1240. To contact Marilyn directly, e-mail 3trips@frontiernet.net.

How the birth control pill works:

1. It can prevent ovulation (the release of an oocyte from the ovary).
2. It can cause the mucus in the cervix to change so that if sperm reach the cervix, it is more difficult for them to enter.
3. It can thin the lining of the uterus so that if the first two actions fail and a new human being is created, the tiny baby boy or girl will die before he or she can actually attach to the lining of the uterus.

In other words, if the third action occurs, the woman’s body rejects the tiny baby, and he or she will die. This is called a “chemical abortion.” (Answers to Your Questions about the Pill, American Life League)

Moreover, the hormones in the pill can be very harmful to women and have been linked to breast cancer and other diseases. (Read “The pill kills marriage” in this issue, and see www.ThePillKills.com, www.Polycarp.org and www.AbortionBreastCancer.com for more information on contraception’s numerous harmful effects.)

How the intrauterine device works:

Although doctors claim they aren’t quite sure how the IUD works, it is clear that the IUD does not prevent ovulation, which means that the woman’s body will still produce an [oocyte] during her monthly cycle.

When the IUD is put in place, it and the chemical it contains alter the fluid in the womb and the lining of the womb. Even the presence of the IUD irritates the lining. This is not necessarily painful to the woman, but it can have deadly effects on a tiny human being.

The IUD can cause numerous other serious side effects, including septic abortion, ectopic pregnancy, embedment of the IUD in the uterus, the perforation of the uterine wall or the bladder, spontaneous abortion and other medical problems.

You might be told that the pill, other hormonal contraceptives and the IUD cannot cause abortions, but that statement is based on the incorrect notion that pregnancy begins when the baby implants in the lining of the womb. This is dishonest and scientifically false. Don’t be misled. Educate yourself. American Life League publishes a series of highly informative brochures on the most commonly used contraceptive methods (see the ad in this issue).

Marilyn Frances Prouty, of Sacramento, California, is retired from her career as bookkeeper for an equine veterinarian practice. She is a now a great-grandmother and the author of Lovely and the Royal Family: Learning to Love (2010), a children’s fairy tale about a prince and triplet princesses. It has pro-life and pro-family themes, and is dedicated to Marilyn’s three lost daughters. For more information, see WestBowPress.com