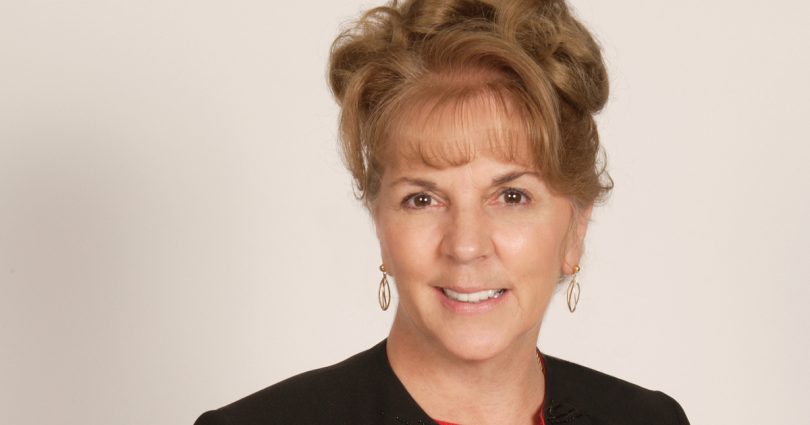 With increasing frequency, the culture of death retches up new ethical nightmares. In addition to widespread abortion, we now have human cloning, the creation of chimeras (animal-human hybrids) and the harvesting of living human embryonic stem cells. Until recently, such practices would have struck any normal person as something out of Gothic horror or science fiction, but they are now passed off as “reasonable.” However, those who think science can be advanced by turning back the ethical advances of the past 2,000 years are instead advancing a frightening utilitarianism starkly opposing the longstanding belief that human life is sacred at every stage and should not be used to advance a cause, no matter how noble.

Debi Vinnedge, a wife of 34 years with two children and six grandchildren, founded Children of God for Life1 (an American Life League Associate group2) in the late 1990s to educate the public on embryonic stem cell research and human cloning. However, very soon she realized that Children of God for Life would need to expand its mission. Yet another horror was emerging from the culture of death and needed to be addressed. She recalled,

When I read a Catholic publication about vaccines produced from aborted fetal materials, as a pro-life parent who had unknowingly allowed my children to receive these vaccines, I was not only shocked and angry, but I knew in my heart something had to be done about it. I worried that if we accepted the vaccine issue as an unfortunate but unavoidable problem, a precedent would be set to justify further immoral research. Those fears were not unfounded, because that is exactly what happened with proponents for embryonic stem cell research. They used the good from vaccines derived from abortion as a reason to federally fund embryonic stem cell research.

Turning to the Vatican

Debi explained that, as news of her work began to spread,

Many pro-life Catholic parents began to refuse to use aborted fetal vaccines. While 48 of 50 states allow religious exemptions, health and school officials began denying Catholics an exemption, based on previous articles by ethicists that stated it was morally acceptable. My first consultation with the Vatican resulted from a mother whose children had been expelled from the public school for refusing the aborted fetal chickenpox vaccine. When both the woman’s pastor and the diocese were unsure how to help her, she called the Vatican.

Subsequently, this woman contacted Debi, who then contacted the Vatican’s Congregation for the Doctrine of the Faith (CDF) on her behalf. After explaining to Vatican authorities that this problem was widespread, she was advised to instruct parents to follow the Church’s teaching on moral conscience while the Vatican officially investigated the matter. Later that year in state court, the judge agreed that Catholic teaching was clear and the law was unconstitutional, and the children were immediately allowed to return to school.

Meanwhile, at the Congregation’s request, Debi prepared extensive documentation for the CDF and the Pontifical Academy for Life (PAFL), to illustrate the problems parents were facing. In 2005 (two years later), the Vatican responded to Debi directly. In a highly detailed, eight-page document available on Children of God for Life’s web site, the PAFL essentially gave parents the option of using the problematic vaccines “on a temporary basis,” or conscientiously abstaining as long as there were no “significant risks” in doing so. It further stated there was a “grave responsibility” to use alternatives and to pressure government officials and the pharmaceutical industry to make available vaccines that are not morally problematic.

Two of the six vaccines listed with no ethical versions are still under development. One of those is Merck’s HIV vaccine, which recently failed miserably in clinical trials and was withdrawn. Of the remaining four—chickenpox, shingles, rubella and hepatitis-A—only chickenpox and shingles currently offer no ethical version anywhere in the world, while there are ethical versions of rubella and hepatitis-A available in Asia and Europe. It is our goal to have moral alternatives in the United States for all of them eventually.

As to how parents should approach their physicians regarding the use of these vaccines for their children, Debi said, “I always tell parents they need to take this matter to prayer, to carefully weigh their own situation and the health of their child, and then have a candid discussion with their family doctor if they plan on abstaining.” She continued,

The vast majority of parents tell me their doctors are totally unaware of the vaccine sources. Some are very understanding and will work with the parents to get the ethical versions, but sadly enough, many physicians are unwilling to help. If that happens, we have a pro-life physician network on our web site to help families connect with like-minded physicians. Or we can help them find pharmacies that carry the ethical versions. But in any case, we strongly encourage parents to let their doctors know about this situation because as direct customers of the pharmaceutical industry, they have the power to bring about effective changes.

Another problematic vaccine is Gardasil, put on the market in 2006. While Gardasil is not manufactured from aborted fetal cell lines, it raises other moral concerns. Stories circulate about women and young girls having severe and even deadly reactions to Gardasil. Nevertheless, Gardasil has been the object of a largescale promotion, including prime-time television commercials and lobbying of state governments to make Gardasil vaccination mandatory for young girls. Debi explained the following:

Gardasil, which is supposed to prevent four types of human papillomavirus (HPV), two of which might cause cervical cancer, is a loaded cannon waiting to explode. HPV can lie dormant in a woman for up to 20 years; yet the vaccine was only tested for five years. So not only is there no proof whatsoever that the vaccine will prevent any type of cancer, the testing was also insufficient as to how long immunity (if any) will last. But the bottom line is money. Merck is trying desperately to recover from its multibillion dollar lawsuits over its drug Vioxx, and they were banking on sales of Gardasil to offset their losses. It is simply unprecedented that authorities would mandate a vaccine for a disease that is only contracted sexually—for children as young as nine years old. More significantly, the results have been devastating for these children.

How devastating? A media release from the government watchdog organization, Judicial Watch (available on Children of God for Life’s web site), states,

Judicial Watch…today released a report based on new documents obtained from the U.S. Food and Drug Administration [FDA] under the provisions of the Freedom of Information Act, detailing reports of adverse reactions to the vaccination for human papillomavirus, Gardasil. The adverse reactions include 10 deaths since September, 2007. (The total number of death reports is at least 18 and as many as 20.) The FDA also produced 140 “serious” reports (27 of which were categorized as “life threatening”), 10 spontaneous abortions and six cases of Guillain-Barre Syndrome—all since January 2008.

Nonetheless, Gardasil is promoted with scare tactics implying that those who do not receive the vaccine are at risk for HPV, resulting in cervical cancer. Television commercials feature actresses portraying supposedly conscientious and concerned mothers who stress the importance of supposedly protecting their daughters from cervical cancer with this vaccine. The hidden message is that it would be unrealistic to protect their daughters by teaching them chastity.

A timeline on God

Debi confesses that late last year, she almost withdrew from the battle against tainted vaccines. After she prayed about it, she said, a remarkable thing happened:

After nine years of working on the vaccine problems, in December 2007, I was discouraged with our progress and ready to give up. I went before the Blessed Sacrament and prayed fervently to our Lord for some sort of sign that I should continue this work for Him. And then I did something I had never done before in my life: I put a timeline on Him to the end of the year.

I cannot adequately express the unspeakable joy I felt when two days later, Dr. Theresa Deisher, founder of a newly forming company, Ave Maria Biotechnology, contacted me. I was in awe as I listened to Dr. Deisher, a world renowned scientist with over 17 years of experience and 23 patents in her name, explain their mission: To provide moral alternatives for medicines and therapeutics that are not derived from or tested on aborted fetal or embryonic materials.

Since she had specialized in cord blood and adult stem cell research and therapies, mainly in the field of cardiovascular biology, their original intention was to begin working in that area and move on to the vaccines in a few years. But after meeting with board members, they agreed that vaccines would take top priority. I am still in amazement when I think of how quickly and graciously God responded to my prayers by sending us Dr. Deisher. Without question, AVM Biotechnology is a direct answer to prayer!