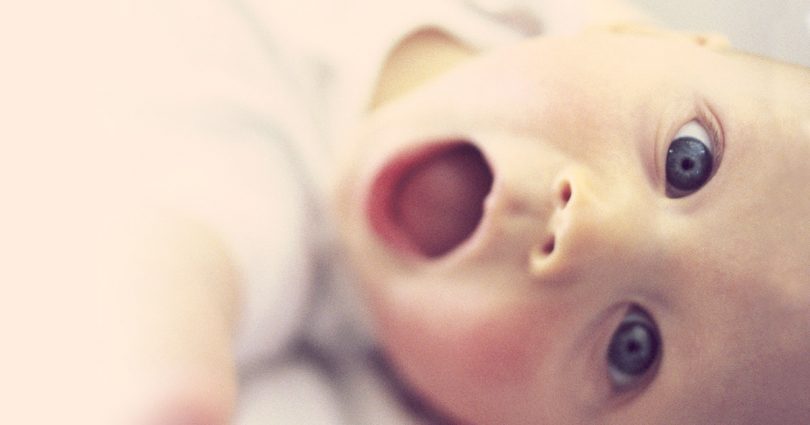 My life story is unremarkable other than the fact that I’m alive. Now 60 years old, I’m the only child of parents who neither planned for wanted a child. The family doctor prescribed a newly available medicine to my mother, then 40, to increase mobility and alleviate pain caused by rheumatoid arthritis. One side effect, he neglected to inform her, was increased fertility.

When my mother became pregnant, she thought she was entering early menopause. In the more than 20 years of her marriage, she had never been pregnant and had only rarely used birth control, because she thought she or my father was sterile. However, the family doctor informed her she was, in fact, pregnant

As soon as my mother came home with the “bad” news, she told her father she didn’t want the baby. From a friend who was a pharmacist, he obtained an oral medicine that would probably cause her to abort. With my father’s consent, she eagerly drank the liquid and, within a day, started to bleed. But, afraid she might die too, she stopped taking the medicine and thus spared me a very premature death. Once she recovered from her scare, she resumed her usual lifestyle: drinking and smoking with my father.

I was 11 years old when my mother sat me on a kitchen chair, stood in front of me and told me that story. Her self-revelation changed my feelings for her and the rest of my family forever. Almost instantly, I felt nothing for her. To this day, I remember quietly thinking, “She tried to kill me.”

My father, who had been a serial adulterer since my parents got married, was now openly unfaithful. He disgusted me so much I never confronted him. I never confronted my mother, either. To the best of my knowledge, she never understood why I stopped caring about her, and I never had the emotional energy to explain the reason to her.

My mother grew to be a bitter, mean-spirited old woman. Too many years of drinking, smoking and living with an openly adulterous husband, combined with the ravages of advanced rheumatoid arthritis and emphysema, had destroyed her beauty. I left her care as soon as I legally could at age 18.

After I married and had children of my own, my parents fell on hard times. They came to live with us for nine years. I tried to do my duty to them according to God’s law. They had given me life, begrudgingly, and I tried to preserve theirs. In 1984, my parents died within eight weeks of each other, and I never shed a tear for them.

Before my mother told me that story, I had assumed my family loved me as I loved them. My parents were always very generous, showering me with gifts and toys. And they allowed me the independence I needed to grow and develop.

But as an adult, a parent and a grandparent, I see this very differently. I reinterpret the gifts and toys as, at worst, a guilt offering and, at best, a way to keep me occupied and out of my parents’ way. Pictures of me as a child show a disgusting, dirty little girl. I never brushed my teeth; my hair was usually washed once a year and combed once a week. I never took a bath or shower, but only weekly sponge baths. I wasn’t loved; I was neglected.

I don’t know and can’t prove the cause of my numerous skeletal problems, but they might have resulted from the abortion medicine combined with my mother’s drinking and smoking. The joints in my left hip and left jaw are too small. My head isn’t in proportion to my body. My lower jaw (later corrected by surgery I paid for as an adult) never grew properly, so my lower face was deformed. Part of my spine never grew; my doctor told me I could have been born with spina bifida. Psychologically, the neglect and knowledge that my parents tried to kill me haunted me for years and made me into a woman with many regrets.

Two years after my parents’ death, my husband and I took his extended family to Rome for his mother’s 75th birthday. As a cradle Catholic, this was the ideal destination for the biggest trip of her life. As a non-Catholic, I was “along for the ride.” We ate breakfast and dinner together every day, but in between, we separated so the family could visit churches and religious sites while I went shopping and visited the sites of ancient pagan Rome.

On our last day there, we took a bus tour together outside of Rome. The only religious site on the itinerary was the catacombs. I joined the rest of the family to view them only because the bus had no air conditioning. But deep underground in the catacombs, I had a religious experience. As a result, on February 22, 1988, I was received into the Catholic Church.

Since that day, reflection on my life and examination of my conscience have forced me to take another look at my family, particularly my mother. God has given me many gifts since 1988, but three in particular relate to her attempted abortion.

The first gift is a growth in my understanding of my birth family. I had assumed everyone involved my parents and maternal grandfather, probably my maternal grandmother, and perhaps my great aunt and great uncle had easily decided to kill me. I thought of the decision as a murderous conspiracy. But I came to realize I could be wrong. Some family members may not have been pleased with my mother’s decision. And maybe it wasn’t an easy decision for her.

The second gift is the gift of compassion. I can never condone my mother’s deliberate attempt to kill me, but I’m aware she didn’t have an easy life, which may have impacted her decision. She’d already been suffering with arthritis for some time when she became pregnant, so perhaps her health was a concern. She may have been afraid of losing my adulterous father due to her pregnancy or inability to keep an eye on him in the bars while she would be home with me, a new infant. Her sad and hard life wasn’t an excuse to try to abort her baby, but it might explain why she was tempted to do it. Through God’s gift of compassion, I’ve been able to forgive my poor, unhappy, miserable mother.

The third gift is the gift of life and the love of it. I thank God for my life daily. I’ve had a fulfilling life a wonderful family, good friends, a challenging job, a love of theology. Most importantly, I have an interior life. I’ve grown to know and love God, and be in an intimate relationship with my Creator, my Savior and my Sanctifier. I hope one day to see Him face to face and enjoy the beatific vision for all eternity.

I’m most grateful to our good God, Who has led me to His Church and given me these three gifts. Through them, I’ve been able to finally find peace. I pray that this story will help others in similar situations to find our God of peace.

Dr. Cynthia Toolin lives in Connecticut near one of her two daughters and two of her five living grandchildren. She is a professor of dogmatic and moral theology at Holy Apostles College and Seminary in Cromwell, Connecticut. She has taught in the seminary and the college’s distance learning program for 14 years.