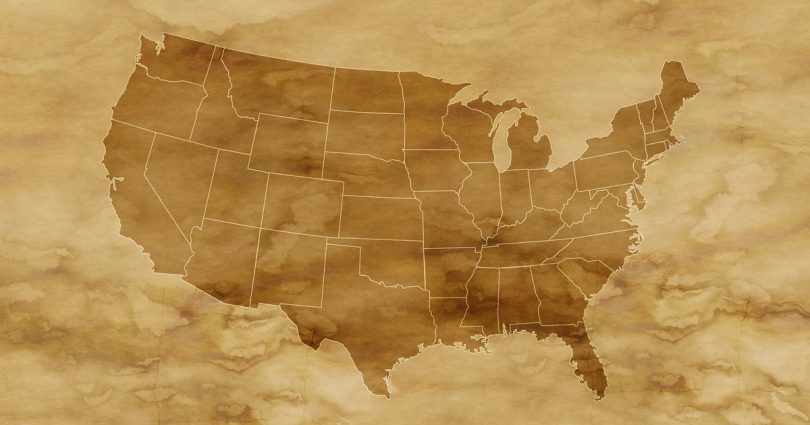 Over the past year, debate and discussion over the direction of pro-life strategy has increased profoundly. National leaders, including Catholic leaders, have eschewed—and in some cases directly opposed— efforts to pass constitutional human life amendments at the state level. Instead of supporting such a strategy, they largely favor the current “incremental” approach, which offers no plan or promise of ending abortion in the foreseeable future. After 35 years of abortion on demand through all nine months of pregnancy, it is time to rethink pro-life strategy.

While seeking to decrease the number of abortions performed in this country is a laudable endeavor and should continue, we must never forget that ending all abortions is the ultimate goal. Protecting innocent human life is not negotiable. Accordingly, we should, not corrupt our discourse by even suggesting that it is. The fundamental human right is the right to life itself. This is true of life from its earliest stage of development until death. As Pope Benedict XVI said, abortion, consequently, cannot be a human right—it is the very opposite.

Protecting innocent human life from its very beginning is the pro-life imperative—there are no exceptions. Critics of this approach appear to argue that regulating abortion and seeking to end it are “either/or” propositions—yet this is a false dichotomy. There is no conflict between the two positions, so long as principle is not compromised in the process. Both strategies can coexist. However, it would be a tragic mistake to be content with a strategy that makes ending abortion secondary to other regulatory efforts or, worse yet, a strategy that avoids ending abortion altogether. Accordingly, passing a human life amendment should be the main effort for pro-lifers.

The inhumanity of abortion

A state human life amendment presents not only an opportunity to challenge the essential holding of Roe v. Wade, it provides a historic opportunity to educate the general public regarding the harm caused by all abortions, not just late term partial-birth abortions, which, in comparison, are far fewer in number. Such an amendment provides pro-lifers with the opportunity to demonstrate the humanity of the unborn victim at the earliest moments of life and the inhumane way in which this life is destroyed by abortion. Demonstrating the humanity of the victim is a key component in social reform. Throughout the history of our nation, social reform has always been achieved through such efforts which dramatize the injustice and prick the collective conscience of the culture. Examples include abolishing child labor and racial discrimination. Abortion should be included in this list.

One criticism of the human life amendment approach is that the American public is not ready to accept the reality that human life begins at fertilization. If this criticism is valid, then it is a serious indictment of national pro-life leadership and calls into question its efficacy over the years. The human life amendment provides an opportunity to remedy this grave deficiency, which alone is reason enough to support such a strategy.

In the final analysis, we are in this fight to win, not to go on in perpetuity content with an occasional honorable mention. To succeed in this fight, our leaders must be committed to winning.

What does it mean to win the pro-life fight? Pope John Paul II defined the objective in The Gospel of Life: “The human being is to be respected and treated as a person from the moment of conception; and therefore from that same moment his rights as a person must be recognized, among which in the first place is the inviolable right of every innocent human being to life.”

Roe v. Wade was and continues to be widely decried by legal scholars on both sides of the issue as being without constitutional warrant. However, it cannot be denied that the essential holding of Roe remains the primary obstacle to any meaningful pro-life initiative that seeks to end abortion.

To remove this obstacle, a case must be presented to the United States Supreme Court that challenges the central premise of Roe, which states that the preborn baby is not a person within the meaning of the law. In Roe, the court conceded that if the “personhood” of the fetus “is established, [the case for abortion], of course, collapses, for the fetus’ right to life would then be guaranteed specifically by the [14th] Amendment.” The court reviewed the language of the Constitution of the United States and concluded that the word “person” did not have any prenatal application. A state human life amendment seeks to establish “personhood” as a state constitutional right.

In the early years of the pro-life movement, there was national support for a federal human life amendment—a proposal that would amend the U.S. Constitution. Some legal scholars saw such a proposal as a legitimate means for seeking reversal of the Roe decision. Despite such efforts in the 1980s, attempts to reverse Roe by a federal amendment or statute failed. In light of current political realities, many national leaders consider the prospects for doing so now or in the near future as almost nonexistent.

In the final analysis, when the Supreme Court decided Roe v. Wade in 1973, establishing abortion as a virtually absolute right, the issue did not go away. Indeed, there is no greater social issue that tears at the soul of America today than abortion. And the reason for that is simple: Abortion is intrinsically evil. No Supreme Court pronouncement or constitutional amendment creating an abortion right in the future will ever change that fact. The same cannot be said of any number of social issues prevalent today. The closest issue is slavery, which took a civil war and a constitutional amendment to resolve.

As history teaches, William Wilberforce repented of his incremental approach and then went about the business of winning total emancipation for the slaves in the British Empire. Likewise, the words penned by Martin Luther King, Jr. in his “Letter from Birmingham Jail” ring true today:

We know through painful experience that freedom is never voluntarily given by the oppressor; it must be demanded by the oppressed. Frankly, I have yet to engage in a direct-action campaign that was “well timed” in view of those who have not suffered unduly from the disease of segregation. For years now I have heard the word “Wait”! It rings in the ear of every Negro with piercing familiarity. This “Wait” has almost always meant “Never.” We must come to see, with one of our distinguished jurists, that “justice too long delayed is justice denied.” The longer we “wait,” the more lives are lost and the more engrained abortion will become in our nation’s social fabric. Now is the time to shift our prolife strategy to include efforts to pass state human life amendments.

Robert Muise is an attorney with the Thomas More Law Center, anational public interest law firm based in Ann Arbor, Michigan, which is committed to defending the sanctity of human life.