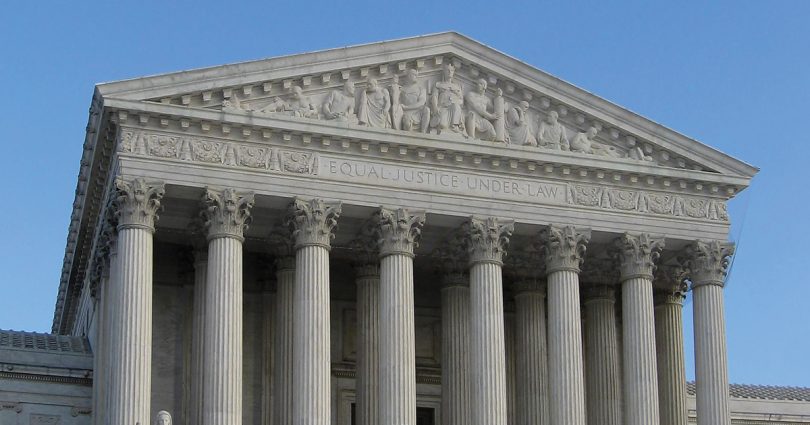 Sin is among the least frequently used words today when discussing abortion, contraception, or homosexuality. If we are honest about it, we must ask this question of ourselves: How often do we use the word sin when explaining to others why we are opposed to practices that defy God’s law and His will?

Sin is defined in the Catechism of the Catholic Church as “an offense against reason, truth, and right conscience; it is failure in genuine love for God and neighbor caused by a perverse attachment to certain goods. It wounds the nature of man and injures human solidarity. It has been defined as ‘an utterance, a deed, or a desire contrary to the eternal law.’”

A cursory look at the act of abortion, the use of contraception, or the practice of homosexuality exposes immediately why each, in its specific way, is offensive to God. Yet in the modern world in which we live, rare is the occasion when the truth about sin is associated with such acts. This may well be one of the reasons why contraception, homosexuality, and abortion are so freely embraced by those who do not wish to accept responsibility for their sexual relations.

It is also one of the reasons why Paul and I chose to start American Life League in the spring of 1979. There needed to be a voice for the truth that sin is the fundamental reason why sexual sin—including abortion—is so popular in our culture.

In this article, we intend to raise a hand in an effort to help clear the muddy water that has led so many to believe that there is nothing wrong with these acts.

As one profound, Catholic pro-life woman, Theo Stearns—founder of Catholics United for Life—said in 1974, contraception and abortion are irrevocably linked. This is a fact that many in the pro-life movement have rejected. In the view of many, it is inconvenient to link the two. And yet it is obvious, particularly now when so many view abortion as nothing more than another form of contraception.

Thus, when we view the Roe v. Wade decision, we have to defer first to the 1965 Supreme Court decision Griswold v. Connecticut. That decision created the alleged right to privacy and birthed the mentality that in matters of sexuality, anything is acceptable and should be legal, even if it is at profound odds with morality and ethics. This is why Griswold is cited in the Obergefell v. Hodges case dealing with homosexual marriage and its validity.

As the Obergefell decision states: “The fundamental liberties protected by the Fourteenth Amendment’s Due Process Clause extend to certain personal choices central to individual dignity and autonomy, including intimate choices defining personal identity and beliefs.”

Please note that in the context of yet another sexual sin, the court is aligning that act against nature with individual dignity and autonomy. Yet when dignity or autonomy are separated from the natural law, each becomes nothing more than a matter of personal opinion. It is this sort of skewed thinking that has given us social and legal acceptance of homosexuality, contraception, and abortion, with euthanasia coming quickly on their heels.

Some people have suggested that our woes will be over because of the Supreme Court’s ruling in Dobbs v. Jackson Women’s Health that allows states to control whether abortion is legal, rare, or against the law. Nothing could be further from the truth. American Life League has repeatedly reminded our fellow pro-life friends that abortion is not a political question. It is a grievous act that kills a baby, damages the souls of her parents, and gnaws at the very fabric of our culture.

As my son-in-law Andrew wrote years ago when he was on the ALL staff: “The lines between right and wrong have been stealthily blurred; everything’s excusable; it’s acceptable to compromise; sex outside of marriage is okay and ‘safe’; exceptions to life exist; you can buy or kill your way out of any situation; there’s no such thing as evil; everybody’s right ‘cause nobody’s wrong. Consequently, society and its prospective endeavors teeter perilously on the brink of moral neutrality—the imminence of falling headlong into the cleverly concealed abyss fatally ignored. The ancient warrior Sun Tzu once noted that a soldier on the field of battle who is unable or unwilling to clearly identify his enemies and respect their capabilities will lose the fight. How contextually difficult the battle becomes when your opponent robes himself in patronizing, compromising neutrality, while you sit in blissful ignorance.”

Those words ring truer today in the wake of Dobbs than they did 22 years ago when they were written. This is why ALL’s consistent defense of truth rather than political expediency is needed now more than ever before. It is long past time for every pro-life American to stop ignoring the obvious.

Contraception, homosexuality, and abortion are fruits of the same tree. The Supreme Court has said so, whether it sees the connection or not. This is why no court decision that violates biblical teaching and Catholic doctrine can ever be defined as impartial. The worldview in matters of sexual relations is that man decides, not God. This is a corrupt perspective and sadly the basis for the unreasonable Roe v. Wade decision, among others. By dismissing an entire class of people—the preborn—as disposable, the court in 1973 issued a prejudiced, unjust decision.

Pope John Paul II reminded us of this in Evangelium Vitae: “Laws and decrees enacted in contravention of the moral order, and hence of the divine will, can have no binding force in conscience . . . indeed, the passing of such laws undermines the very nature of authority and results in shameful abuse. This is the clear teaching of Saint Thomas Aquinas, who writes that ‘human law is law inasmuch as it is in conformity with right reason and thus derives from the eternal law. But when a law is contrary to reason, it is called an unjust law; but in this case it ceases to be a law and becomes instead an act of violence.’ And again: ‘Every law made by man can be called a law insofar as it derives from the natural law. But if it is somehow opposed to the natural law, then it is not really a law but rather a corruption of the law.’”

The bottom line is clear and should guide our every word and deed as pro-life people. In the same way that acts involving contraception, abortion, and homosexuality are corrupt, Roe v. Wade was corrupt from the instant it was written. And today, in the wake of the Dobbs compromise, that corruption continues.

We are talking about grievous sins, after all, not court decisions and states’ rights to choose who lives and who dies. Regardless of man-made laws, weak court decisions, or media deceptions, such crimes against the human being will never be justified. Truth stands unscathed and shines a light for everyone. This is why American Life League exists. This is why it must!