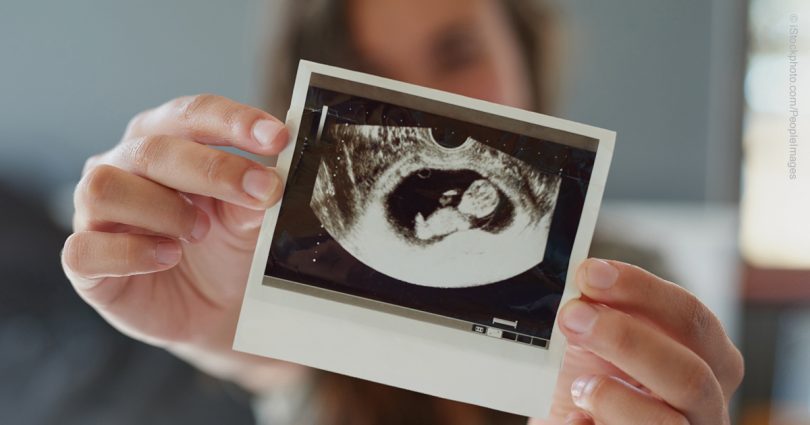 Since Roe v. Wade decriminalized abortion in 1973, abortion has become widely accepted and technologically perfected (in that there are varying ways, including pills, to kill a preborn baby). To date, the number of reported abortions in the United States is over 60 million. Just this year, that number is loosely estimated to be 900,000. The procedure of extinguishing life from the womb seems to have become somewhat commonplace in our high-tech culture, and it is regarded by a significant number of Americans as a “quick fix antidote” to a series of more complex social challenges.

As a compassionate man and father, I assert that abortion-on-demand is not the cure to solving the deeper challenges of our society. The jolting news of an unexpected and/or unwanted pregnancy may exacerbate the need for competent counsel, but it does not merit the “quick fix” mentality. Abortion does not solve the social conditions that might drive a woman to choose such a desperate and violent act.

Too often, women choose abortion as a result of poor counsel, impulse, or a lack of awareness of the beautiful hope that a new life can bring. Whether the decision to have an abortion is due to socio-economic stress or it is an imaginative recourse for the salvation of one’s own, private American dream, abortion is not the answer.

Martin Luther King, Jr. spent his life trying to ignite our country to “create a society . . . in which all men will live together as brothers and respect the dignity and worth of human personality.” We know that that “personality” begins in the DNA of merging cells, so we must also understand that the developing life prior to birth deserves our respect for his “dignity and worth.”

As sophisticated as we like to think ourselves to be—technologically, medically, and scientifically—we remain challenged regarding how to live well within our communities. In spite of our intellectual advances, things such as political intrigue, brutality as entertainment, incivility in the marketplace, road rage, and socio-economic injustice all present significant challenges. Often our impulses direct us to escape from the challenges we face rather than to confront and conquer them or to find proper solutions.

Grandiose self-interests and the exaggerated lust for personal autonomy have evolved us into a culture that can too easily exploit or extricate even the most innocent and vulnerable among us. We have become engrossed in the notion that we can pick and choose who is and who is not worthy of being born. But, at the end of the day, we must all evolve and grow to realize that all life matters—from creation to cessation.

That which distracts, destroys

Many years ago, Mark Twain wrote that we had become “a civilization which has destroyed the simplicity and repose of life; replaced its contentment, its poetry, its soft romance-dreams and visions with the money-fever, sordid ideals, vulgar ambitions, and the sleep which does not refresh . . . it has dethroned God and set up a shekel in His place.”

Is the number of abortions in our country an indication that God has been dethroned?

Have we become so distracted by “money-fever, sordid ideals, and vulgar ambitions” that even the natural process of life no longer offers us a sense of sacredness?

In computer terminology, the word “default” refers to the response a computer is programmed to have unless the user instructs it to do something different. Has our society sunk to such a level of personal privilege that abortion has become the “default” for an unexpected or unwanted pregnancy?

We can choose the most politically correct language, but the result of abortion is still the same. No matter how that new life is labeled—an embryo, a fetus, or a baby-on-the-way—abortion extinguishes a new life. That life IS gone forever.

Dr. Elizabeth Blackwell, abolitionist, activist for women’s rights, and the first woman in the US to earn a medical degree, once wrote:

Look at the first faint gleam of life, the life of the embryo, the commencement of human existence. We see a tiny cell, so small it may be easily overlooked; . . .  it is a living cell; it contains a power progressive growth, according to laws, according, towards a definite type, that we can only regard with reverent admiration.

Leave it in its natural home, tended by the rich life of the healthy maternal organism, and it will grow steadily into the human type; in no other by any possibility (The Laws of Life: With Special Reference to the Physical Education of Girls, [New York: Putnam and Sons, 1852], 70–73).

Blackwell understood that then, and we must understand that now. We must continue our efforts toward the realization that all life matters! This proposition is not an either/or debate. The life of the expectant mother AND the life developing within her MATTER! If we choose to find sacred the process and interconnectedness of all life, neither are mutually exclusive. How we view and hold sacred the very beginning of life itself is an essential dynamic to the vitality of our communities.

In the pro-life movement, our hearts beat for the sake of life—from creation to cessation. We cannot become desensitized to persons in any stage or phase along the way. Our compassion must begin with the mother—to help her protect and defend the precious child she carries. It must then extend to the life of the preborn child as well, to speak openly for his life and articulate a vision in society that promises a more loving environment into which he will be welcome.

Our society must stop believing that abortion is the way out of a difficult situation. Healthcare for the woman should not mean death care for the child. In the genius of humanity, there are healthy alternatives to this violent procedure that will protect both the woman and her baby and that will uphold the dignity of each person.

We must now and always strive for a culture of peace wherein the brutality in our culture ceases and all life is cherished and nurtured from creation to cessation.

Brian Shoemaker, DMin, is an ordained minister and teaches biblical and religious curriculum at the St. Stephen Anglican Church in Louisville, Kentucky. He served as assistant executive director of Kentucky Right to Life for 12 months.