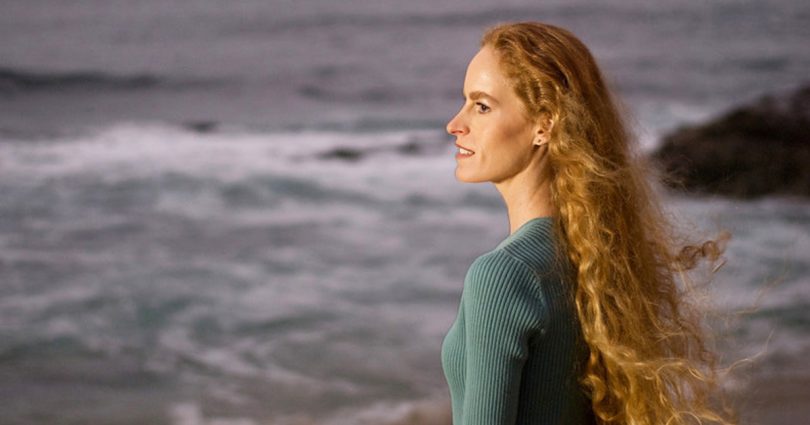 At the age of 18, Michaelene Fredenburg’s life became complicated. She was a student and a ballroom dance teacher. She was living with her boyfriend and competing in dance contests with high hopes. So, when she became pregnant, her boyfriend and her employer pressured her to have an abortion.

“When I was lying on the table and they started the procedure, it became clear to me,” said Michaelene. “The reason I was having the abortion was to keep from having a child. I stopped the child from being born.”

Michaelene soon separated from the father of her child because he was a painful reminder of the abortion. Yet even after the breakup, grief and guilt overshadowed her life while she kept the cause of her anguish secret. Consequently, Michaelene suffered from depression, eating disorders and temptations to hurt herself.

Then, through a friend’s invitation, she began to attend a church and found some consolation in her newfound faith. “I believed that Jesus forgave me,” Michaelene recalled. “It was helpful, but I could not forgive myself. Or I refused to forgive myself. I thought that I deserved punishment and that fed my self-destructive behavior.”

Finally, Michaelene became “desperate enough” to seek help at a pregnancy resource center with a post-abortion healing program. The center was associated with her church.

At the pregnancy center’s private and confidential retreat, Michaelene confessed the reason for her pain. “I had been feeling so isolated and alone. It was hard for me to reach out because I thought I was the only one who felt that way. I was completely wrong,” she said. “Knowing that what I was going through was a normal reaction to an abnormal act gave me a lot of comfort and hope.”

Afterwards, counselors recommended psychological therapy for Michaelene, which she attended for two years.

The healing steps that Michaelene took helped to prepare her for marriage, children and family life. Those steps also inspired Michaelene to help others.

“Sometimes we set abortion outside and we look at that so completely different from other human experience because that loss was chosen and so you can have shame and guilt that are part of the responsibility,” Michaelene observed. “Because our culture doesn’t recognize the loss—the loss of the life that occurs with abortion—there are other losses: loss of self-esteem, loss of relationships, loss of closeness with God. Therefore, rather than working through that with some sort of healing and wholeness, a fractured person isn’t able to move forward.”

Michaelene began to share her experience at churches and college campuses, where she met thousands of people who were suffering from abortions. “Over the last five years, an increasing number of siblings of the aborted and grandparents were coming forward, feeling just as isolated and alone,” she said. “When they come forward, they speak as though they are the only ones.”

When speaking at colleges, Michaelene often addresses healthrelated classes. Even in those settings, she has been approached privately by women and men expressing pain and grief—some from their own abortions and others from abortions had by their mothers, sisters or aunts.

“On a private faith-based campus there are places I can refer them to immediately,” said Michaelene. “On a secular campus, I don’t have any resources I can offer them at that moment. The desire grew that there would be something available to them.”

“Tens of millions of people have had an abortion,” said Michaelene. “It’s very possible that almost everyone knows someone who has had an abortion.” Therefore, she created a safe place for post-abortive Americans who are seeking help.

On May 1, Michaelene Fredenburg’s unique outreach called “Abortion Changes You” debuts nationwide along with the release of her book Changed: Making Sense of Your Own or a Loved One’s Abortion Experience.

“Abortion Changes You is not a campaign,” explained Michaelene. “We’re not trying to convince anyone that abortion changes you—that is a fact.”

The Abortion Changes You outreach began with the production of a series entitled Voices. These Voices, which are placed on advertising spaces such as billboards, public transit, television and radio, draw from common experiences of post-abortion pain and they present the perspective of not just women who had abortions, but men, families and friends. Each one of the Voices directs people to the official web site as Michaelene goes around the country on her book tour.

Pregnancy centers have responded positively to the series of Voices because they are a gentle acknowledgment of abortion’s painful impact. The centers even requested poster-sized versions of the images.

Where to find help

Those in need can seek help anonymously at www.AbortionChangesYou.com. This web site offers the most interactive environment that technology provides with its “Healing Pathways” page. Through the pathways, visitors can identify losses, explore emotions, recognize unhealthy behavior, tell their stories, create journals, build support and find confidential counseling.

When Michaelene prepared the outreach, she found a wealth of post-abortion healing programs across America. Accordingly, the web site serves as a vast referral service to those local resources. “We have no desire to duplicate existing services,” said Michaelene. “We can reach out because there are local resources available to refer.”

Visitors can anonymously input their zip codes to find the programs closest to their homes, workplaces or whatever location they prefer. For example, Project Rachel offices are listed. Lumina Hope & Healing After Abortion, the program established by Theresa Bonopartis, a post-abortive mom, is another of the many resources listed by Abortion Changes You.

Michaelene explained that developing the activities for the site was a challenge, considering the wide demographic of its target audience: namely, anyone hurt by abortion, regardless of age, gender, religious belief or politics.

“We asked ourselves, if we are trying to reach out to all who are hurting from abortion, what healing model do we use?” said Michaelene.

Ultimately, a model based on grieving and loss with the healing objective was chosen and the activities were developed with the assistance of two California-based psychologists experienced in reproductive loss. Dr. Henry Venter runs a clinic in Fresno specifically for persons suffering from reproductive loss and Dr. Gary Strauss, who teaches at Biola University in La Mirada, wrote the final chapter in Michaelene’s book.

Like the web site, Michaelene’s book includes activities for its readers and features a colorful style that will comfort and reassure readers as they progress.

“Instead of the existing expert books, I wanted to write a book that would be a conversation with the person,” explained Michaelene. “It’s colorful and very personal with visuals and a rhythm and flow that will help the reader move through a difficult subject.”

Abortion Changes You will also develop resources for college campuses and churches that are tailored to their unique environments and the specific challenges that counselors encounter in those settings.

Even for those who would never have an abortion, it is important to consider its degrees of impact. Michaelene said, “In general, I found the woman knows it is her baby and that is why we have such a hard time.”

One woman wrote this at AbortionChangesYou.com: I can remember everything. I knew I couldn’t keep the baby, I need to study. [The university] was where I needed to be. I thought it would make everything better, didn’t know I was going to feel like this. Wish I would have thought different now.

On the web site, Sherri said: I have had three abortions. Two with my first husband with whom I was married 18 months. Third was with my current husband who has two children and did not want any more. All were before I was 24.

I am 50 years old now and still [felt] the pains until I experienced my first Catholic Reconciliation last Friday prior to being confirmed on Easter Vigil at St. Ann’s in [Georgia]. I have never felt such grace and compassion from the priest… He held me and held my head and blessed me with the grace of the Holy Spirit…

I am, for the first time in decades, feeling forgiven and free. And Kristen shared this: I did not have an abortion but it feels like [I] helped kill a child. I always said I was pro-life, so I went to the march in D.C. every year and stuff, but that was it. I did not really know what abortion was or [what it] did to a child and women. All I knew was that it was wrong. Until one day my friend called me and said she was going to have an abortion and instead of me saying “No you can’t do this, [it’s] wrong” or trying to her, I said OK—when and where and how long and stuff. I knew what I was saying was wrong, but I was thinking to myself, thinking if I fight with my friend, she never [would] talk to me again… Now I… pray for my friend every day, also I got involved with the pro-life movement. I go and pray in front [of] clinics and do every thing to save lives because I feel that [I] failed once, but will never ever let that happen again.

“Although each person’s experience with abortion is unique, a common thread moves through them all—abortion changes you,” said Michaelene. “It is our hope that the space we’ve created online and in the book will give voice to thoughts deeply buried and allow hurting individuals to connect with healing resources.”