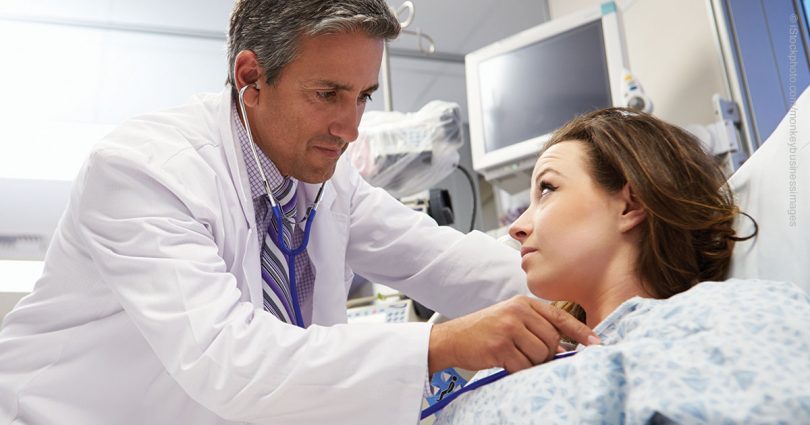 “Ma’am, I need you to focus,” the doctor said to the 36-year-old in the trauma unit of the emergency room in mid-May 1981. “When was your last period?”

“I don’t know! Maybe two or three months ago. I just don’t know,” snapped Christine, a single mother to a 17-year-old son.

Pain seared through her body. Just hours earlier her hot water heater had exploded, catching her home on fire and leaving her covered in second- and third- degree burns over most of her body.

The doctor could tell how much pain his patient was in.

“Is there any chance at all that you’re pregnant?” Christine was shocked by this question. She was 36 years old. Thirty-six-year-olds didn’t have babies. Her son would be graduating from high school the following year. In just a couple years’ time, she could be a grandmother.

“Of course, I’m not pregnant,” she replied.

“OK”, the doctor replied. “I think we’ll do a pregnancy test—just to be sure.”

Christine rolled her eyes. “Fine, do whatever you want. But I’m telling you, I’m not pregnant.”

An hour later, the doctor returned.

“Ms. Vieira, I have the pregnancy test back and you are indeed pregnant.”

He let the news settle a minute before continuing.

“I don’t know an easy way to say this, but I am concerned about the fetus. Between your injuries, and the narcotic pain medications we gave you, there is only a slight chance the baby will survive. If it does, it’s guaranteed to be born with mental or physical deformities. If not both. I suggest you consider an abortion.”

Abortion? Was he crazy? Christine was still having some difficulty in accepting the fact that there was a baby forming inside of her. Her mind started to blur. First the explosion and fire. Then she laid in her yard and watched her mobile home with all her and her son’s belongings burn to the ground while neighbors called 9-1-1. Now, homeless and in agonizing pain, she was being told she was pregnant, but there was only a small chance the baby would survive, and a guarantee it wouldn’t be born “normal” if it did.

The doctor could see the turmoil she was going through.

“I can see that you’ve got a lot to think about. I’ll give you some time to think it over, but I do think your best route is to have an abortion.”

Christine laid there and silently prayed. Why was this happening? Approaching 40 years old, she wasn’t sure she could rebuild her life and raise a newborn. But at the same time, she couldn’t shake the feeling that it was not her place to decide this baby’s fate. She knew God had a plan, even if she didn’t fully understand what it was at the time. She would choose to trust Him.

When the doctor returned a short time later, Christine told him her decision was not to have the abortion. He made another effort to talk her into it, but in the end, her mind was made up.

“Well”, he said, “you’re only about five or six weeks along, so I suppose you have time to reconsider before it’s too late.”

I’m very familiar with this story. I’ve grown up hearing it my entire life.

Christine is my mother and I was the baby the doctor tried to convince her to abort.

I was born exactly on my due date seven and a half months after this ER visit. Seven pounds, ten ounces, twenty-and-a-half inches long. Ten fingers, ten toes. Absolutely no mental or physical defects. I recently celebrated my 36th birthday.

Audrey Vieira lives and writes in North Central Washington and is the mother to a 7-year-old daughter.