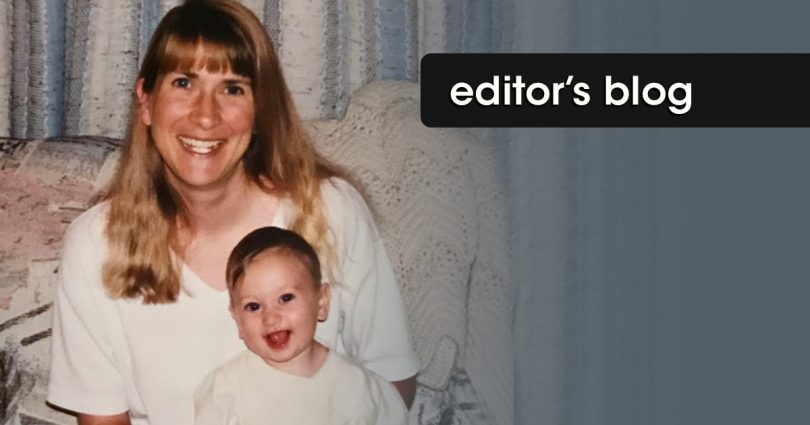 As I think about her graduating with highest honors, I can’t help but think about the honor and privilege of being her (and my sons’) mother. In my life, being a mother has truly been my highest honor. I thank God every day for giving those children to me.

That is why I feel so disturbed and sickened when I read stories like the one about the art exhibit in New York entitled “Abortion Is Normal.”

This exhibit includes shirts that say “Thank God for abortion;” naked drawings with vulgar language; the word “choice” in American red, white, and blue; various paintings; and even what looks like just a simple printout with the words “abortion=normal” on it.

A two-minute blurb about the exhibit features its co-curator speaking about the “importance” of the show. She speaks of “reproductive rights” and about “choice.”

The pro-abortion movement doesn’t want women to understand the high honor of motherhood. Indeed, it even denies the science of motherhood. It is a fact that a baby is a baby—an unrepeatable human being—from the very first moment he is created.

But facts don’t matter to pro-aborts when they get in the way of personal desire. Facts only matter when they suit their purposes. And this one doesn’t. So they sweep this fact under the rug. They attempt to normalize killing and death and make people feel comfortable about it.

But, for so long, our society has torn down the family and has taught the lie that motherhood is a burden. Society has devalued women—and babies—so much that now women believe they must kill their babies in order to get ahead in their careers, to compete with men, to alleviate a “problem,” or for any number of reasons.

How will you answer? Will you hang your head, embarrassed that you did not speak up? Or will you proudly tell Him how you helped build a culture that respects all human beings?

We cannot fall prey to a culture that wants us to believe that abortion is “healthcare” or a “right.” It is neither of those things.

We cannot remain silent when we hear of the attempt to normalize abortion. Abortion is the killing of a baby. Plain and simple.

So let us go forth and make our own splash with the truth: Motherhood is truly one of the highest honors in life.