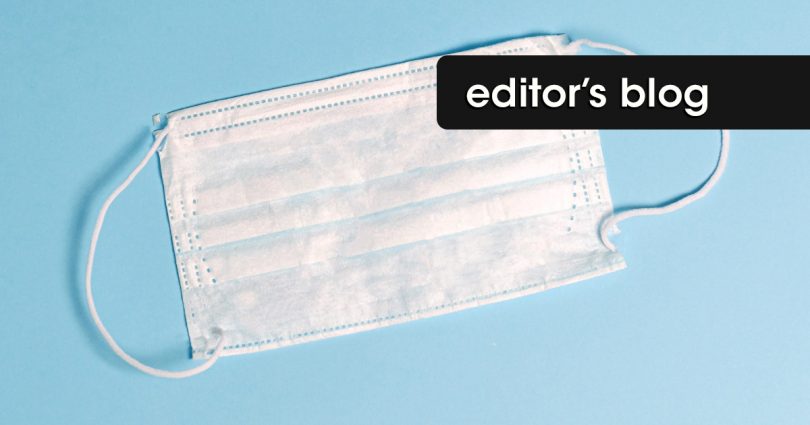 The elderly are in danger. This is not hyperbole. Neither is this something to take lightly.

Our country has suffered the effects of the coronavirus pandemic for over eight months. And now things are getting worse. Cases have spiked. Deaths have increased. The situation in many cities is dire—so dire that several cities have surpassed any records previously held for cases per day and people in the hospital.

For instance, in just one nursing home in Knoxville, Tennessee, six residents have died in the last few weeks alone. Despite precautions and masking protocols, over 30 residents and 21 staff have fallen ill. This is an extremely tragic development.

Another story out of Knoxville, Tennessee, involves a high school student who went to school despite a positive COVID test. As a result, several members of a dance team got sick.

Will most of those kids be okay? We pray that they will.

But let’s examine the actions of this girl and her parents, as they allowed her to go to school. Their disregard for others has far-reaching consequences. Because of her actions, several families were forced to quarantine, leaving some kids (who live with parents in two different households) separated from a parent. It caused disruption in lives, bills for medical testing, stress and anxiety, and that’s just the tip of the iceberg. Any one of these kids could fall seriously ill. Any one could have infected a parent. And any one could have infected an elderly or vulnerable family member.

What were these people thinking when they blatantly decided to just do whatever they wanted, and the rest of the world be damned? And what does this disregard for the welfare of others say about our society in general?

We see evidence of this everywhere. Preborn babies are killed in abortions. More and more states are adopting assisted suicide laws. The disabled often feel like a burden to caregivers. Instead of being treated like the valuable human beings they are, these people are discarded and forgotten when they should be cherished.

Christ does not want us to live this way. In the Gospel of Matthew, we read His words: “Whatever you did for one of these least brothers of mine, you did for me.”

The Catechism of the Catholic Church teaches us:

The dignity of the human person implies and requires uprightness of moral conscience. Conscience includes the perception of the principles of morality . . . ; their application in the given circumstances by practical discernment of reasons and goods; and finally judgment about concrete acts yet to be performed or already performed. The truth about the moral good, stated in the law of reason, is recognized practically and concretely by the prudent judgment of conscience.

The moral good and our moral conscience demand that we put others first. Their lives literally depend on it.