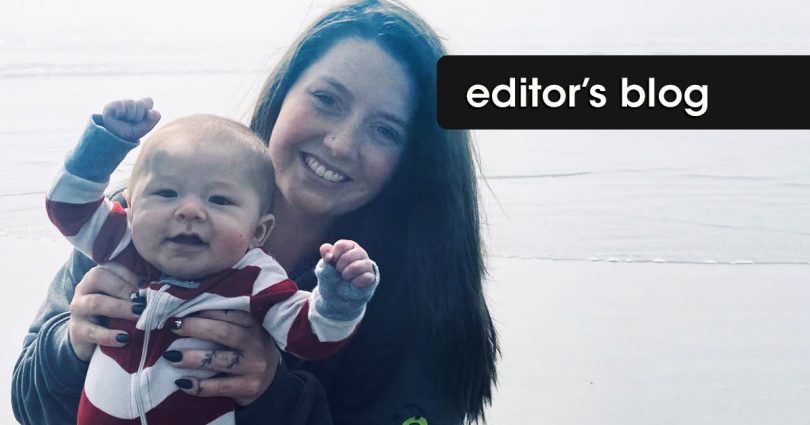 We are all well aware of the havoc and chaos of the past several months because of the pandemic. From death and sickness to lost jobs to closed businesses to feelings of isolation, these are certainly difficult times.

But there’s another casualty of the virus, one that many people probably would never have imagined. Newborn babies. Specifically, babies birthed by US surrogates.

Because of the pandemic, many babies born in the US during this time are now stuck here, unable to go to their biological families.

Meet 23-three-year-old Sierra Martin. She lives in Washington state, where paid surrogacy is legal. Sierra had always wanted to be a surrogate, so she was thrilled when a homosexual man from China contacted her. The baby, whom she named Steven, was born at the end of February, but because of travel restrictions from China, his father has not been able to come to the US to pick him up. Not only that, but because of shutdowns, neither party has been able to obtain a passport for the baby, so little Steven couldn’t travel even if his father had been able to come.

Meanwhile, Sierra has agreed to take care of Steven, but she knows she cannot get too attached to a baby who is not hers.

What do all these stories have in common?

They are products of a society that treats babies as a commodity. A child—a tiny human being—is essentially bought. A transaction has occurred for a human life. And the baby is the one who suffers.

Undoubtedly the biological parents of these babies love them. That’s not the issue.

The issue is that people used science to help create a baby. This baby was created in a sterile environment. He grew in a body that doesn’t belong to his mother. And he was birthed by a woman who did so only because of a contract.

Furthermore, this science likely created more than just the baby who was born. So whether his siblings remain frozen, have been discarded, or were just destroyed, it is an affront to the natural dignity of human beings. It is the objectification of babies.

In a country that aborts over 2,400 babies a day, when will we ever start thinking about the well-being of the babies?

This tiny human being, stuck here because of unforeseen circumstances and through no fault of his own, now has to spend the first few months of life—a time when bonding is essential—with people who will eventually give him up. He doesn’t understand this. His tiny little mind can’t fathom why the family he has grown to love is suddenly gone. He has formed bonds with them. They have grown to love each other. He has reached milestones with them. From his point of view, they are his family. And then suddenly he is ripped away from them and taken to a foreign land to live with people he doesn’t know. That’s incredibly traumatic!

It doesn’t matter to him if his biological family sees him on video chat and waves and smiles. People on a screen mean nothing to him. That’s an act that’s purely for the parent. What means everything to him are the people who hold him, who bathe him, who feed him, and who soothe him when he cries. These people are his family.

No one has a right to a child. But a child does have rights.

With surrogacy, especially during these crazy times, we take those rights away from the child. People are putting their wants and needs before the wants, needs, and rights of a tiny, vulnerable baby.

Our country has already decriminalized abortion. We kill preborn babies at will. Now paid surrogacy is legal in most states.

When will it end? When will people stop looking at babies as something to possess and start looking at them as human beings?