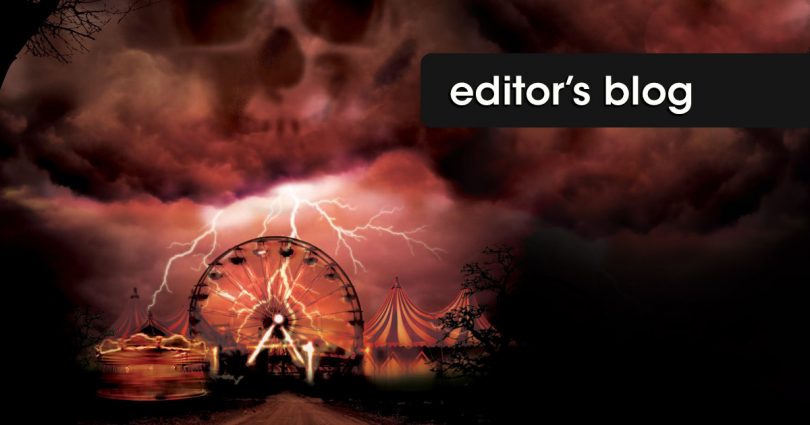 Something wicked this way comes.

As I read the news and watch what’s going on in our country today, I can’t help but think of this Ray Bradbury tale about a carnival that brings evil into the towns that host it.

Sometimes I feel like I’m stuck in the book, for one look at the news tells us that, indeed, we are in a wicked age.

The disturbing headlines go on and on. Something wicked has indeed come our way.

It’s no surprise that evil is showing its ugly head nearly everywhere these days. When so many people are embracing it, evil doesn’t need to hide in the dark.

We know there has been evil since the beginning of time, but now it seems as if many are not even bothered by it. That is why we must fight hard against it.

How do we do this?

Once we recognize wickedness, we must speak up and do something proactive to counter it.

Taking action is difficult, but doing nothing is even harder.

As C.S. Lewis said: “There is but one good; that is God. Everything else is good when it looks to Him and bad when it turns from Him.”

We have turned from God for too long, and like an octopus with tentacles that suction to prey, evil has spread its tentacles over our society and is holding it hostage.

In Him, we have hope.

So as we begin—or continue—this fight, let us look to God, to Mary, to the saints, and to the Church doctors for guidance. Let us allow God to use us to eradicate the evil in this world. Let us pray, learn, stand up, speak out, and teach.

And let us take hope in the words of Psalm 52:

Why do you glory in what is evil, you who are mighty by the mercy of God? All day long you are thinking up intrigues; your tongue is like a sharpened razor, you worker of deceit. You love evil more than good, lying rather than saying what is right. You love all the words that create confusion, you deceitful tongue. God too will strike you down forever, he will lay hold of you and pluck you from your tent, uproot you from the land of the living. The righteous will see and they will fear; but they will laugh at him: “Behold the man! He did not take God as his refuge, but he trusted in the abundance of his wealth, and grew powerful through his wickedness.” But I, like an olive tree flourishing in the house of God, I trust in God’s mercy forever and ever.

Trust in God. He will never abandon us. And wickedness will not win.