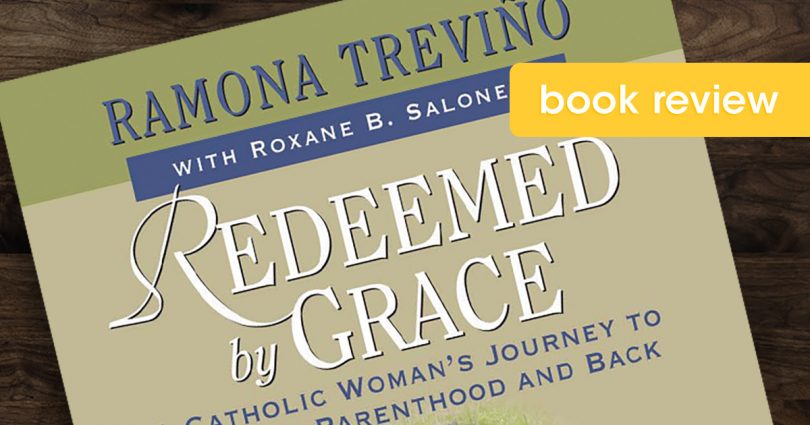 It’s so tempting to live our lives in fear, to let the messages of the world take us under. But if we’re to be free we must learn to trust in the One who is love. —Ramona Treviño

Trying to escape an argument between her parents, eight-year-old Ramona Treviño slipped outside her home, climbed to the top of her roof, and begged God to let her know He was real. Upon receiving what she perceived as a sign, she promised to devote her life to Him. She watched the movie, The Song of Bernadette, and felt called to a religious vocation. However, due to her father’s alcoholism, family dysfunction, and difficult teen years, she reluctantly relinquished the idea.

Pregnant at 16, Ramona entered a tumultuous marriage with the older and abusive father. She quit high school to devote herself to her family, but ultimately divorced.

Redeemed by Grace: A Catholic Woman’s Journey to Planned Parenthood and Back chronicles Ramona Treviño’s career as manager of a Planned Parenthood in Sherman, Texas. After her divorce, Ramona sought a career where she could help young women facing similar situations and accepted the Planned Parenthood job. As a Catholic, she justified her decision by reasoning that her clinic did not provide surgical abortions. Eventually, Ramona was unable to ignore the overwhelming guilt that plagued her and she began to question Planned Parenthood’s dedication to women compared to its quest for increased revenue.

As Ramona studied the Planned Parenthood message, she began to wrestle with whether she was doing women more harm than good. One day, Ramona was listening to Catholic radio. Guadalupe Radio was airing a two-hour Catholic Answers program on Abortion. She realized that she was not helping young women, but rather making their lives worse. Breaking down in tears, Ramona felt hopeless, but God’s gentle voice told her that it was not too late to change.

Finally, through others’ prayers and conversations with Shawn Carney, the director and co-Founder of 40 Days for Life, the pro-life organization that prayed in the parking lot of her Planned Parenthood Clinic, Ramona called it quits on Divine Mercy Sunday in 2011.

Ramona devotes her life to the pro-life movement and focuses on Hispanic populations, as a quarter of all abortions are attributed to Hispanic women. This is a candid and genuine account of a woman who overcame her pain to become a beacon of light for others.