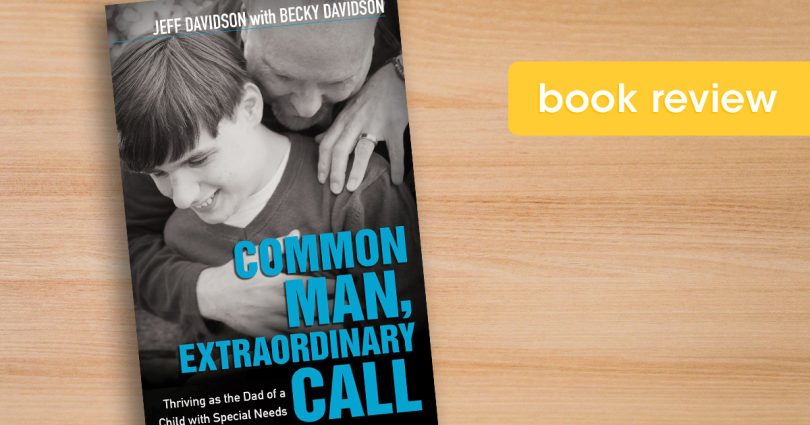 In the Gospel of John, we read that no greater love exists than that of someone who would lay down his life for his friends.

Fatherhood is rarely seen as a form of dying unto oneself, but, too often, many fathers will cage their experience over beers and hamburgers on the back deck in words such as duty, obligation, and that ever eponymous word “sacrifice.”

Jeff Davidson’s remarkable book about his own vocation as a father, however, is caged in the bonds of brotherhood—one father speaking to another. His personal experience with a child with special needs transformed fatherhood from a duty or obligation into something much more. Rather than a challenge, his son (and his family) became an outlet for tremendous Christian joy.

The true hero of this story is not Jeff or his actions as a father, but his son—Jon Alex. Three separate diagnoses—cerebral palsy, autism, and epilepsy—would round out the crosses Jeff would be asked to help Jon Alex carry. And while he tried to ignore these crosses at first, help carry them he did.

Too often in today’s society there is an expectation that men do not easily share their thoughts and feelings with one another. When our sacrifices as fathers become comfortable to others, our vocations begin to feel more like a form of voluntary servitude or a rough sort of taking advantage. Davidson felt as if he was being swallowed by a black hole that was his own son.

Yet he soon found the light that already existed there. It just took him some time. And what he found was that he didn’t require a path out, but rather a moment with his hero. Jon Alex’s laughter was the cure, and through one special moment, Davidson found that these diseases ceased to be something to be cured, but were rather merely a part of Jon Alex’s being. Davidson’s own personal flaws were the real disease, and it would be through Jon Alex that he would receive the grace to become the father, man, and example God wanted him to be.

Davidson’s life was tragically cut short in 2017. Yet even from his hospital bed, he continued to work on what could arguably be his testament to fathers everywhere. Davidson lived John 15:13, and while his book focuses on his own experience with children with special needs, it is sage wisdom for any father seeking to view his vocation as an opportunity to become a Christian man rather than seeing fatherhood as a duty or a challenge.

This beautiful story of fatherly love is written in a fast-paced and enjoyable writing style, and it will make you see fatherhood in a whole different light.