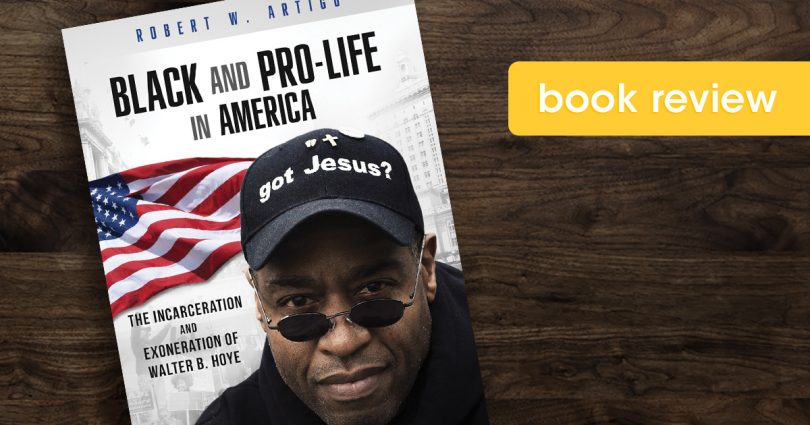 Walter B. Hoye II, a soft-spoken Baptist minister descended from slaves, could not look away from the decimation of his race from abortion. There are more black babies aborted than born and there is a higher abortion rate among black women than for other races. His courage in defending the preborn, and the price he paid for it is told in the book Black and Pro-Life in America, by Robert W. Artigo—an investigative journalist and award-winning screenwriter.

Hoye has done what many courageous black leaders have done before him—defend the God-given dignity of all lives regardless of race. However, by including the preborn, he came into conflict with many black leaders, his church’s pastoral board who let him go, and the city of Oakland, California, where he was given a three-month prison sentence. His crime was handing a woman a leaflet with information on where she could find help to continue her pregnancy.

For two hours every Tuesday morning, outside the Family Planning Specialists abortion clinic in Oakland, Walter Hoye held up a sign that read: “God loves you and your baby. Let us help you.” For those same two hours, every week, business slowed down. It was obvious who was to blame—the black man whom even the escorts grew fond of and women brought their boyfriends to talk with.

Escorts were instructed to stop talking to Hoye. In addition, they began carrying a large white board to hide his sign from the view of abortion-minded women. Still, too many women chose life for their babies after Hoye talked with them and gave them literature. The clinic director and escort coordinator then enlisted the help of the Oakland City Council to pass the Bubble Law. It clearly targeted Hoye, requiring pro-life advocates to stay 100 feet from the clinic and eight feet from women entering it. On March 20, 2009, Hoye was sentenced for the crime of being too close to a woman when he gave her a brochure.

Hoye’s story is one of free speech because the law prosecuted him for offering to help a woman keep her baby, yet escorts offering women help to kill their babies were not bound by it. It is also a story of race, since abortion clinics are heavily concentrated in black communities—just as Margret Sanger planned with her eugenic Negro Project.

Hoye is a hero among heroes, willing to face persecution and even prosecution, as he clings to the words of Martin Luther King Jr.: “We cannot win the respect of the white people of the South or elsewhere if we are willing to trade the future of our children for our personal safety or comfort.”

As Alveda King, the niece of Martin Luther King Jr., wrote in the forward, it is now “time to rise and join Walter as the mission continues.”

Black and Pro-Life in America: The Incarceration and Exoneration of Walter B. Hoye II by Robert Artigo; Ignatius Press; 2018; 261 pages; $19.95 (hardcover)

Patti Maguire Armstrong and her husband have 10 children. She is an award-winning author. She writes for The National Catholic Register and a number of Catholic websites and blogs at www.CatholicNews&Inspiration.com.