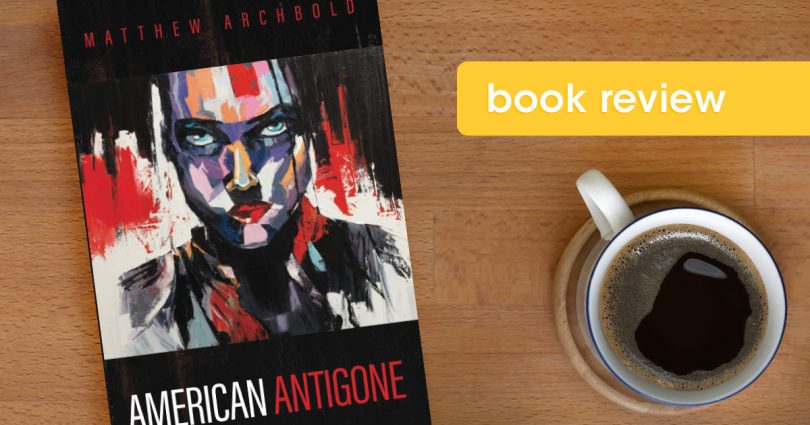 American Antigone is one of the best pro-life novels I have ever read. It is a crime novel, an American tragedy, and a story of undaunted love all rolled into one. Archbold’s description of a nation challenged by the 1973 Supreme Court abortion decisions sets the stage. He writes: “The tectonic plates of Western society didn’t just shift; they were reshuffled. The forces of secularism and the advocates of ‘reproductive choice’ didn’t just advance; they won in a rout.”

The story exposes in raw detail the tragic consequences of decriminalized abortion, the deceptions of Planned Parenthood, and the way in which a family can be challenged to confront truths they would prefer to ignore.

Without giving the story away, it is safe for me to say that the characters in this novel run the gamut. You will meet Catholics who love their faith, those who detest that faith, and priests who humbly serve both varieties. An agenda-driven bishop will also appear in these pages.

The reader sees examples of media arrogance and bias and, of course, the underlying figure of the story’s American Antigone—a young woman who wants to see that her aborted brother’s remains are properly buried. This effort turns into a nightmare for her, her brother’s mother, and those who choose to stand with her even when some say that her life is ebbing away.

Seething crowds, politicians striving to bury the facts about a sordid affair, hostile attorneys, and policemen who are not quite sure what to do, plus a hateful mob all add up to a suspense-filled story that cannot be ignored, even though the story’s media types would have the public believe there is nothing unusual going on. And then of course, there are the politicians who feign ignorance until the facts and the injustice of a legal system that protects the guilty and persecutes the innocent can no longer be ignored.

If this sounds like a crime novel to you, then you will love this book as much as I do. American Antigone has it all, but of all the twists and turns, the one thing that makes this story so special is what the reader will experience—the knowledge that love is at the heart of a life lived for others.

I concur completely with the summary on Amazon.com: “The actions of a young woman to honor her aborted brother ignite a national firestorm that changes the lives of everyone involved. American Antigone is a roller coaster ride of life-and-death encounters, a media firestorm, and a tale of grace and conversion. This book is a must-read for anyone who cares about a culture of life, religious freedom, or understanding our current national crisis.”

American Antigone deserves to be read, maybe reread, and contemplated at length. Get your copy and read it today.