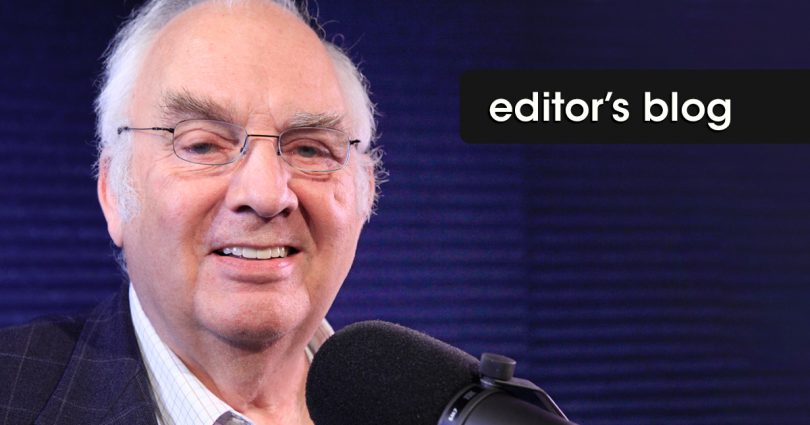 As so many in the pro-life world mourn the loss of Jim Sedlak, ALL’s executive director, I can’t help but think of the last words he said to me.

Before I publish this magazine blog each Friday, Jim would always read it, and if necessary, he would offer suggestions or changes. Most of the time, he simply said “no problems” or “looks good” or something along those lines. But last week, I sent it to him and told him I didn’t like the ending and might change it. His email back to me said, “No problems. And, for what it’s worth, I like the ending.”

Three days later, Jim passed away. And I can’t help but think about those words—now so prophetic.

Jim dedicated the last 40-plus years of his life to the pro-life cause—to saving babies, to shutting down Planned Parenthood organizations, and to helping others see and understand the sanctity of all human beings.

I worked with Jim at ALL for nearly 13 years, and during all of those years he was larger than life to me. Even though he may not have known it, I looked up to him. I couldn’t help but admire his faith, his tenacity, his intelligence, and the way he could teach the pro-life message.

I work from a home office and rarely saw Jim in person, but I had always secretly hoped he would come to my area to talk so that my kids could meet this giant of a man who lived his faith so well. I pictured him having conversations with my kids and sharing his expansive knowledge about the pro-life issues we all care so deeply for. What an amazing role model!

It profoundly saddens me that we never had that opportunity, but I will forever carry many fond memories of working with Jim. My favorite happened just this past October when he asked me to be on his radio show to talk about the Culture of Life Studies Program. I had previously been on both a podcast and on a radio show to discuss CLSP and Celebrate Life Magazine, but neither was for the full hour that encompassed Jim’s show. Naturally, I was a bit nervous, and I told him so.

He told me not to worry and that I should look at it as just having a conversation with him, so that is the mindset I adopted as we chatted on the radio that afternoon. His kind encouragement beforehand and the ease with which we conversed during that hour made me feel right at home. Within just a couple minutes, the nervousness melted away. And not three minutes after the show, he sent me an email saying it was terrific and that he’d like to have me back again.

I felt like that was high praise coming from Jim.

I feel very fortunate to have worked with Jim for so many years. And to know that his last words to me were “For what it’s worth, I like the ending” gives me confidence in the fact that he must be in heaven celebrating with God, our Blessed Mother, and the babies he worked so tirelessly to save.

His family and those of us who worked with him mourn his absence and will do so for quite some time, as there will never be another Jim Sedlak. But I think we can rest assured that he’s watching over us and guiding us as we continue the mission he devoted his life to.

And though Jim is gone too soon, I do think he likes the ending, for the ending here on earth is just the beginning of a glorious eternity.

Please pray for the repose of Jim’s soul, for his wife, and for their children and grandchildren as they navigate this difficult time.