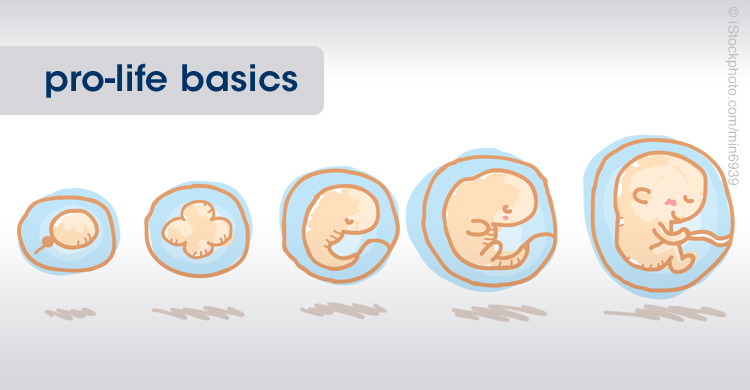 If you are talking about the fake science that erroneously defines when a human being begins, then the answer is simple.

Most people do not know the basic scientific facts about when a human being begins to exist. The Supreme Court of the United States created confusion about this matter when it ruled in 1973 that abortion is a decision between a woman and her doctor. In that decision, the Court failed to address or consider the actual scientific evidence about when a human being begins.

So today most people believe the lie that what is created at fertilization (when sperm and ovum meet in sexual reproduction) is not a human being. See how easy it is to immediately dehumanize that baby? And the situation gets worse every day.

In today’s culture of death, the real truth about preborn children and how a human being begins is about as difficult to find as a needle in a haystack.

But if it is true that a pregnant woman does not have a human being growing inside her, then what is growing there? The preborn child is not an acorn, he is not a chicken, he is a human being.

Simple, isn’t it? But it is obvious only if you honestly want to admit the critical truth that aborting a baby is an egregious wrong perpetrated against an innocent person.

FAKE SCIENCE, like FAKE NEWS, has nothing to do with reality. If every woman, for example, knew that when she takes a birth control pill she could possibly be chemically killing her preborn baby, chances are she would not ingest it.

But nobody tells her the real scientific facts and so birth control pills, like surgical abortion, continue to rake in big bucks for the abortion cartel.

Most Americans have bought a lie and until we get out the true scientific facts by education in classrooms, on campuses, and in the public square, the innocent will continue to die. FAKE SCIENCE is deadly but real.

The ACTUAL SCIENCE, on the other hand, is straightforward. We know and can understand that when a human being begins at his biological beginning he usually begins the first day of his life as a singlecell human embryo.

At that moment, a new human person, who carries with him as much information as 50 sets of the Encyclopedia Britannica, is formed. This genetic information—DNA—will determine all of this little person’s physical characteristics and much of his intelligence and personality.

From that point forward, unless he is miscarried or aborted, he will continue his journey to birth and beyond, just like each of us.

That is ACTUAL SCIENCE. And when this is understood, scales will fall away from the eyes of the abortionminded and FAKE SCIENCE will become a relic of the past.