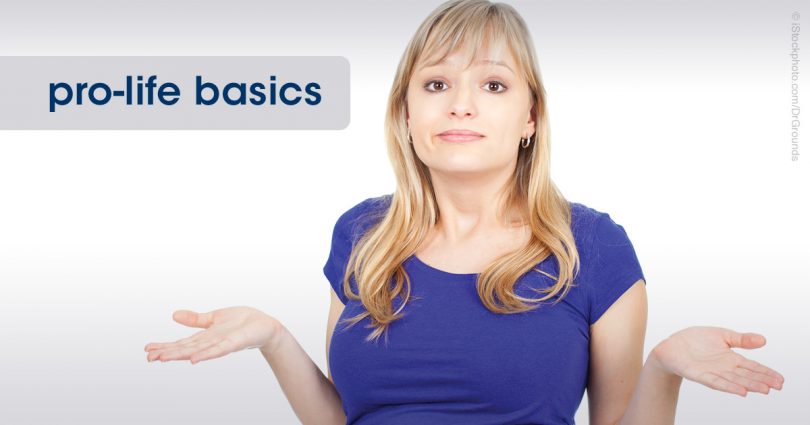 A classic example that reveals the reason why abortion is controversial comes from Margaret Sanger’s grandson—a man who once suggested that abortion advances human destiny! As ridiculous as this contradiction in logic might sound to you and me, Sanger believed that what he said is true.

Aborting a child opposes nature, but of course in the world of abortion proponents like Sanger, this fact can never be admitted. The entire “pro-choice” machine would fly into a million pieces if any one of them ever admitted that abortion kills a person. So, like Sanger, their propaganda never sets forth facts but instead manufactures a distorted perspective that alleges concern for women and their health, telling the world that abortion is a good and pregnancy is not. They tell us that abortion respects a woman and her rights, but they deny the suffering and pain that expectant mothers who abort their children undergo.

This callous disregard for women masquerades as concern and has not only twisted the truth but hides the horror and agony that awaits those who fall for these lies.

The controversy exists because those who understand that there would be no pregnancy without a baby are pitted against those who deny the baby’s right to life, instead giving deference to a woman’s alleged right to abort.

Another way of saying this would be to tell you that killing a person over the age of 65 is protected by law because what appears to be a human being to you is not what I see. Therefore, my act of killing is my choice.

This argument is the very same argument that those who favor abortion are putting forth. Yet in the case of the 65-year-old, the law protects that person and defines her killing as murder. However, the preborn baby has no such laws to protect her, and so abortion is a free-for-all. The killing of a baby prior to birth is a matter of “choice”—or so they say.

We know that, no matter how treacherous these past 50 years have been for the babies, we must insist that the facts be presented, respected, and honored in law. We must not wane in our efforts, we must not become downhearted by the total lack of logic among our peers, and we must press on. These babies have nobody to speak for them except for us.

Abortion is controversial because it is a crime against humanity that is denied by those in power and those who cherish their alleged right to abortion, but neither of those groups has the ear of God. We do!