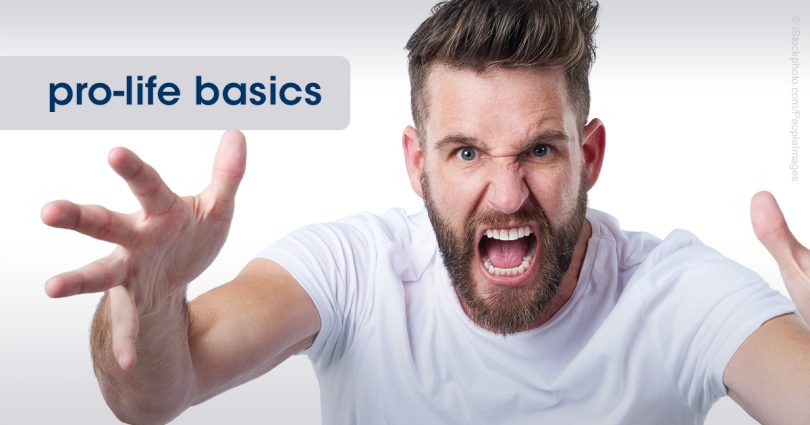 The oversimplified reason for why pro-abortion people get so angry is that they fear that their “freedom of choice” may be infringed upon in some way. Of course, these are the same people who fought against the term pro-abortion, suggesting that since women choose to abort their children, the proper term for them is pro-choice.

These people simply cannot tolerate the idea of hearing anyone say that they are pro-abortion! As we have seen in recent days, people who support abortion are enraged when there is the slightest suggestion that any regulation, let alone ban, on abortion might take place. There is something quite sinister and emotionally jarring about their knee-jerk reactions.

Furthermore, they certainly cannot abide the usage of actual pictures of aborted babies being shown in public. This is not new! When I was invited to do the Phil Donahue Show followed by an invitation to appear on the Oprah Winfrey Show in the early 1980s, those lining up the guests for these shows gave our office the same instruction: “You will not be allowed to use those pictures on the air.” And there it is.

They didn’t want anyone seeing pictures of aborted children!

As we can see, their sick embrace of the killing of children has consequences, and one of them is anger. They refuse to LOOK AT the proof of their support for the killing, to admit that it is killing, or to reflect on why the truth troubles them so. And they most assuredly did not want pro-lifers showing the truth in public! Creating a situation where they would be forced to admit that it is killing is to be avoided at all costs. In the last 50 years, their view has not changed. In fact, it is more rigid now than ever before.

Supporters of abortion actually prefer to curse their darkness rather than opt for the light of truth. This is why we pray for them, yet this is also why we should never stop using those pictures of aborted children.

The media says it is rude to show the photos. But the only explanation that makes any sense at all is that those who favor aborting children do not want to contemplate the result of their own thoughts and actions.

As our popular sign says: Abortion Kills. It kills people. Abortion is the epitome of hatred toward another human being. No wonder pro-abortionists are so angry.