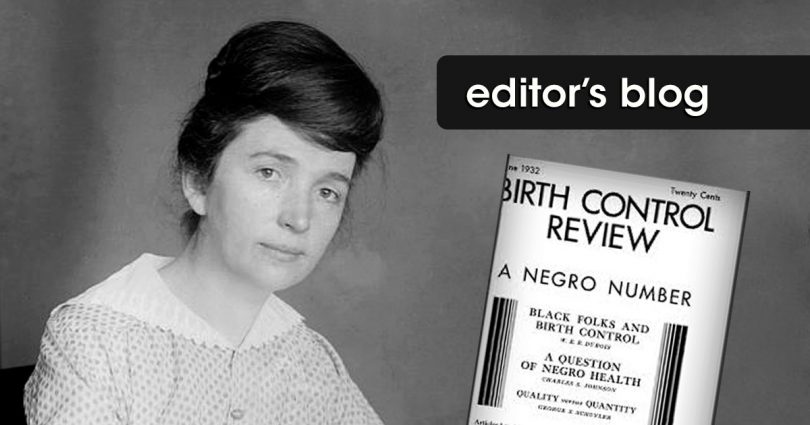 This week, a coalition of black leaders, including Dr. Alveda King, sent a letter to Planned Parenthood president Alexis McGill Johnson asking her to “confront the systemic racism of America’s abortion practices and to publicly renounce the racist legacy of [Planned Parenthood’s] founder, Margaret Sanger.”

The coalition’s letter discusses the impact of abortion on black communities, saying it’s “unequal and disproportionate” to other communities.

The letter then outlines these disturbing facts:

Planned Parenthood preys on minority women, women of lower income, and teens. It profits off the slaughtering of tiny preborn babies. And just like a hawk when it seizes a mouse, Planned Parenthood sinks its talons into these vulnerable—and often scared—women. It then uses the spoils to build its empire. Yes, the legacy of Margaret Sanger is alive and well. Indeed, her racist legacy is thriving.

We see the true nature of Sanger in her article entitled “My Way to Peace.” Her words give us a chilling glimpse into the inner workings of her mind as she attempts to outline her ideas for certain steps the US should follow to attain peace. She wrote:

The first step would thus be to control the intake and output on morons, mental defectives, epileptics.

The second step would be to take an inventory of the secondary group such as illiterates, paupers, unemployables, criminals, prostitutes, dope-fiends; classify them in special departments under government medical protection and segregate on farms and open spaces as long as necessary for the strengthening and development of moral conduct.

Wow, that sounds eerily like a concentration camp, doesn’t it? A true definition of peace would never involve uneducated, impoverished, and vulnerable people being corralled and forced to live on a farm or in some “open space.”

If Planned Parenthood renounces Margaret Sanger, it would be just one small step toward respecting human dignity, but PP still has a long way to go. An organization that prides itself on killing babies will likely never finish that trek toward respecting human dignity. However, the acknowledgment of Margaret Sanger as a eugenicist and a racist should inspire the people of this country to look more deeply at the organization she founded. In doing so, they will come to understand Planned Parenthood’s origins and will see its long history of racism. Only then will they truly understand its nefarious nature.

So let’s look at just a few facts about this evil organization:

In a country reeling from racial tensions, we must all do our part to stop racism when we see it. That begins at the very beginning of life—with preborn babies.

If we cannot fight for the most vulnerable among us, if we have no respect for that tiny baby who cannot even speak for himself, if we treat mothers like cattle and allow them to be shuttled in and out of abortion clinics, then we are truly losing the war against the culture of death.

Planned Parenthood is the proverbial wolf in sheep’s clothing. You know it. I know it. The coalition of black leaders knows it. Now it’s time the whole country knows it. Arm yourself with the facts, then share them—with your children, with your family, with your friends, and on social media. Building a culture of life is a responsibility we must all take seriously—and it starts with each one of us.