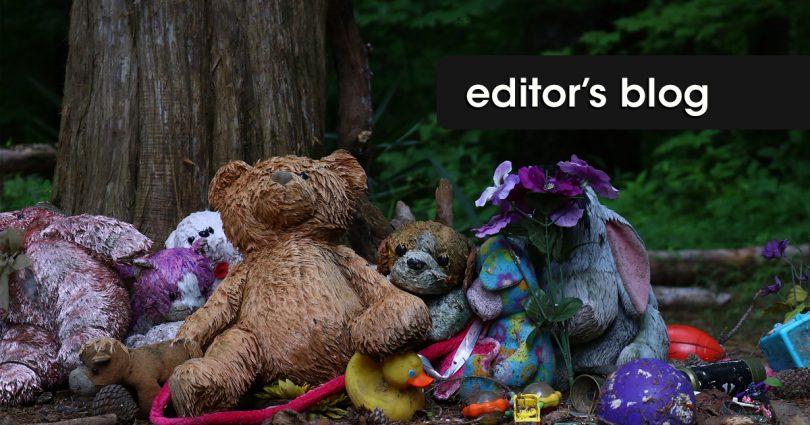 When a lie is repeated often enough, people believe it.

And when kids grow up with that lie, they live it.

For the past 47 years, our country has decreed that killing a preborn baby is not a criminal act. People claim it’s a woman’s “choice.” Organizations like Planned Parenthood even want women to proudly shout that they have made that choice. Indeed, they condemn others who attempt to oppose that choice and protect the innocent baby.

To so many people, life has no meaning and no value. Is it any wonder then that this devaluing of people and this disgust for life translate to children who are born?

So many sickening examples fill our news pages:

What do all these stories have in common? A blatant disregard for human life—for the life of a child who is utterly dependent upon another for care, for sustenance, for shelter, and for love. They involve mostly young parents who have no idea what caring for another means and do not understand the implications of killing another person.

For decades now our society has told people that the lives of preborn babies do not matter, that they’re expendable, and that they can be unwanted and thrown away. Generations of children have grown up with this mentality.

When will we start seeing all people—born and preborn—as our brothers and sisters in Christ? When will we realize that every single person on this planet, regardless of race, gender, creed, ability, or age, has dignity and deserves respect from the moment he is created?

As a society, we will fail—and fail miserably—if we continue down this path of hatred.

So what must we do? We must love as Christ loved. We must teach this love and live the love He taught us every single day. We must renounce hatred and work in cooperation with others to teach them that they have dignity—and that despite the popular opinion, dignity is inherent and cannot be lost.

But many people don’t know or understand this reality. Why? They haven’t been taught this reality. And though there are some very vocal pro-lifers out there, many others find these discussions uncomfortable. They are afraid to “rock” the proverbial boat. But rocking the boat is far better than allowing it to sink!

We are our brothers’ keepers. That includes the sick, the elderly, the young, preborn babies, and everyone in between. It must. When we protect them and teach the sanctity of all human beings, we will see fewer and fewer examples of people who abuse and kill their progeny. We will see a growing respect for all people. And we will see a resurgence of love in a nation that so desperately needs it.

Individually, we may not be able to change the world, but we can change our part of it. And if we each do this, then collectively we can and will change our world.