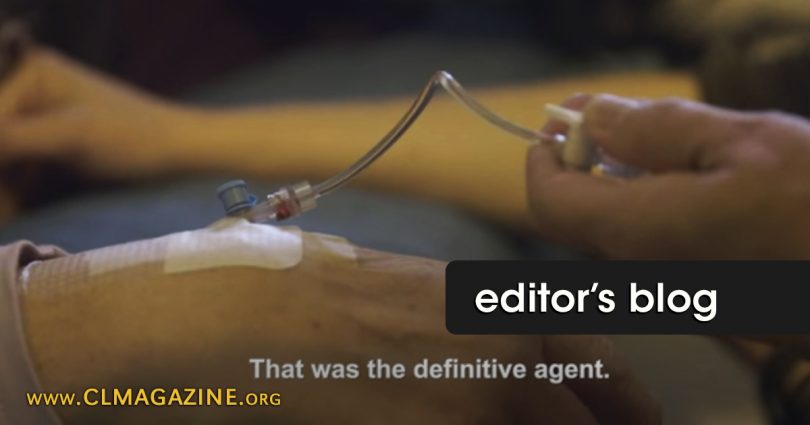 Season 4 Episode 39 of the HBO newsmagazine series Vice is called Right to Die.

The episode centers mainly around Antoinette Westerink, a woman in the Netherlands who has been diagnosed with a personality disorder and thus requested euthanasia.

The episode ends with Antoinette receiving a series of injections and dying…and no, it is not a dramatic reenactment.

The documentary offers itself as an unbiased look at the euthanasia debate, but I think that’s hogwash for at least two reasons. (1) Though not stated directly, the tone sets the stage for considering euthanasia as merciful and compassionate, and (2) the host of the show and camera crew are present in the room at the end when Antoinette Westerlink is murdered.

Euthanasia is neither true compassion nor authentic mercy; killing “to eliminate suffering constitutes a murder gravely contrary to the dignity of the human person and to the respect due to the living God, his Creator” (CCC 2277).

In the documentary, a terminally ill woman seeking legalization for assisted suicide, Maxanne McCormick, says, “People will say with a pet who is no longer living a full life, it’s cruel to let that animal suffer. Aren’t I more important than an animal?”

Yes, Maxanne, you are more important than an animal; thus, the Gospel declares:

Are not two sparrows sold for a small coin? Yet not one of them falls to the ground without your Father’s knowledge. Even all the hairs of your head are counted. So do not be afraid; you are worth more than many sparrows (Matthew 10:29-31).

This is precisely why euthanasia for human beings is wrong in every circumstance. You are made in the image and likeness of God and are worth so much more than many sparrows.