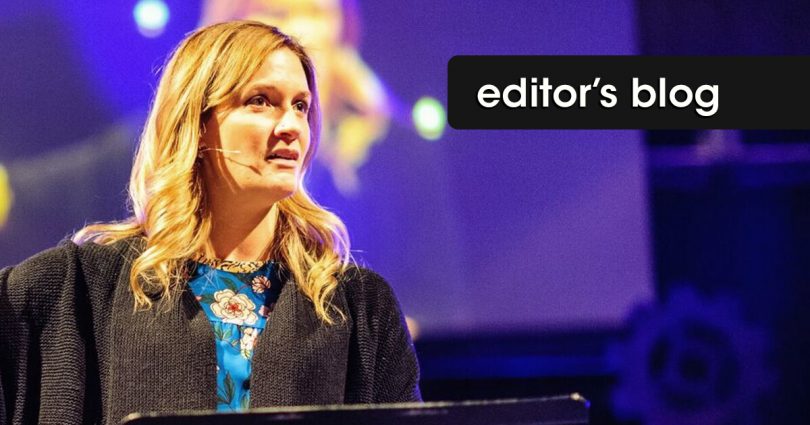 It disturbed me to read a recent article about students in a San Francisco Catholic high school who staged a walkout during an all-school assembly last month.

Why did they walk out? They did so in protest because the assembly featured Megan Almon—a pro-life speaker with the Life Training Institute. The Life Training Institute empowers people “with the knowledge and conviction necessary to make a case for life that changes hearts and minds.” Its site says its staff have “trained thousands over the years to make a case for life based on science and philosophy, and they’re equipped to do it in one-minute or less.”

All but a few dozen of the 800 students at Archbishop Riordan High School walked out of the assembly on October 22.

Some of the students who walked out claimed they were “frustrated” by the talk and by Almon’s comparison of abortion to the Holocaust.

It’s sad that, in today’s world, many children are not being raised to think, but to react. And in this case, react in a disrespectful manner that shows both fear and ignorance. Kudos to the kids who stayed, and kudos to their parents.

I have to wonder how many kids walked out because they wanted to be part of a group or so they wouldn’t be ostracized for staying. Did they succumb to peer pressure, or are that many kids in a Catholic school so poorly catechized that they don’t understand the science that teaches that a preborn baby is a human being from the time he’s created?

So often as pro-lifers we preach to the proverbial choir. We say the same things over and over to people who already believe it. We need to expand our audience. That’s why we need people like Megan Almon, like Judie Brown, like Ryan Bomberger, and like the numerous other pro-life leaders who reach out to those who do not understand the humanity of the preborn baby.

But we need more than just these leaders. We all need to do our part. We all have a duty to share the truth about the preborn baby with those who don’t know, don’t care, or don’t understand.

We all need to tell the truth in our homes, in our schools, in our offices, and in our communities.

Not only do we need to tell the truth, but we must teach our kids to understand the truth so that they can someday teach it.

When we allow TV and social media to educate our children, we do them a disservice, and we create a society of kids who are more frustrated by the mention of the word abortion than they are of the act.

So let us use this story as a lesson that motivates us to do something.

Let us never stop teaching our kids the science. Let us teach our kids respect for all human beings. And let us teach them that, though the sad truth of abortion hurts, we must tell it in order to save lives.